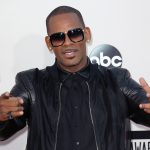 R. Kelly, aka, Robert Sylvester Kelly, 52,  can’t catch a break anywhere since his continuing saga of legal trouble is getting worse. A Minnesota judge delivered the most recent blow when he marked the singer absent for court and issued a bench warrant for his arrest.

Kelly, if he was aware of the pending court date is unable to appear because he has been locked up in Metropolitan Correctional Center in Cook County in Chicago since June for federal sex crime charges, and would have been unable to appear in Minnesota to pile on two more charges of criminal sexual activity.

Kelly, whose request to be moved out of solitary confinement and into the general population in Cook County was granted after his attorney, Steven Greenberg, claimed his client had been subjected to “cruel and unusual punishment” due in part to his celebrity status.

But celebrity status didn’t get him a break in Minnesota. Courts regularly require defendants to appear – even when they are already locked up.

Kelly is wanted in Minnesota for engaging in prostitution with someone under 18; and hiring, offering, and agreeing to hire someone for sexual contact.

Kelly may face additional state charges in Michigan and Georgia.