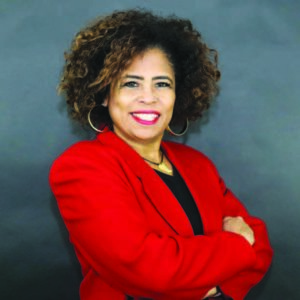 Real Times Media (RTM), the parent company of the New Pittsburgh Courier, is proud to announce Dyanna Knight Lewis as Regional Vice President. In her new role, Dyanna will serve as a liaison with selected national RTM clients and be a central resource for all things digital, marketing, and special events. Lewis will continue to oversee chicagodefender.com as the publisher.

Lewis is a 13-year media professional and veteran employee at the Chicago Defender, beginning her career as a senior account executive and climbing the corporate ladder. In Lewis’ recent position as Vice President of the Chicago Defender over the past two years, she has overseen the Chicago market inclusive of, but not limited to, integrated marketing partnerships, editorial publishing, special events, and ultimately leading the transition from print publication to all-digital platforms. As a top producer for Real Times Media, her efforts played an integral part in the Chicago Defender being awarded the prestigious Russwurm Award during the 2009 National Newspaper Publishers Association Merit Awards Gala.
Lewis holds a degree in Business Administration and a certificate in Early Childhood Education.

Lewis is a member of Covenant United Church of Christ in South Holland, Illinois, actively serving in the Beloved Grief Ministry. Lewis also serves on the board of Carolyn’s Kids Foundation, providing financial assistance to grade-school students and their families, and is featured in the third edition of Who’s Who In Black Chicago.

A native Chicagoan, Lewis is the proud mother of adults daughter, Dior, and adult son, Dorion.