Reality TV — The Respectable and the Ratchet 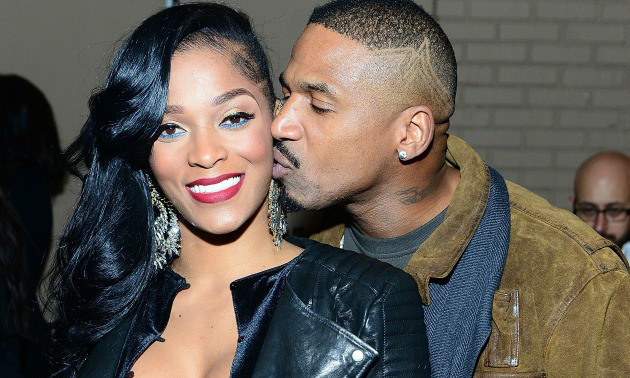 Some of the reality shows, particularly those with all-women and all-black casts, have become synonymous with promoting the worst of women’s behavior with constant bickering, physical fighting, back stabbing, pettiness, anger and mean-spiritedness put on full display.

Many believe the shows highlight the most stereotypical behavior of women in general and black women in particular. Others enjoy the genre as an escape from the reality of their everyday lives and appreciate the entrepreneurial endeavors of the women on the shows, sometimes resulting in spin-offs like Vanderpump Rules and retail businesses owned by members of the casts of RHOA, RHONY, RHOP and Love and Hip-Hop Atlanta.

Season 12 of The Real Housewives of Atlanta (RHOA) returns to television Sunday, November 3 and Real Housewives of Beverly Hills made history by adding actress Garcelle Beauvais to the cast, making the former model the first Black woman on that particular franchise.

Married to Medicine’s programming day has been changed multiple times; yet and still their fans continue to find them and bring new fans with them along the way.

There’s an old adage that says you should never discuss politics or religion in polite company. Perhaps another category should be added? Reality television.

If you want to hear a heated debate, then bring up reality television in any number of settings and a range of responses and emotions will surface. Some live for the genre, while others despise the television category which is broad enough to include Cops, The Bachelor, The Masked Singer, Dog The Bounty Hunter, 90 Day Fiancé, Say Yes to the Dress, House Hunters, RHOA, Chopped and a host of other reality shows.

Not only are the shows popular on television, they spawn other streams of revenue for reality show stars. Cookbooks, restaurants, clothing stores, fitness videos, weight-loss products, ear buds and the like are being hawked by cast members of these shows.

Real Housewives of New York’s Bethenny Frankel built a multi-million-dollar empire with her Skinnygirl lifestyle brand. RHOP stars Gizelle Bryant and Karen Huger launched a make-up line and fragrance over the last three seasons. While RHOA’s Kandi Burress, who was already successful in music prior to being cast on RHOA, has morphed into a successful entrepreneur in online retail and restaurants.

RHOA’s NeNe Leakes has jettisoned to mainstream popularity, having starred on two network television series, other reality shows, performed on Broadway and is currently pursuing a career in stand-up comedy, among other businesses.

Model turned RHOA reality star Cynthia Bailey opened a modeling company and lunched a sunglass line. Cardi B launched herself musically into the stratosphere from her journey on Love and Hip-Hop New York to the 2017 cover of Rolling Stone Magazine, relegating rock legend Fats Domino to a corner mention, en route to becoming rap music royalty.

It’s not just the women on these shows who are winning financially, but also the men. The Apprentice’s Bill Rancic sold his cigar company for millions to Synergy Brands, remained on the board of directors and continues to broker million-dollar deals.

Reality stars like K. Michelle, Huger (RHOP), Leakes, Shooter Gates (LHHA) also use their platforms to highlight important issues like domestic violence, rape and gun control. While reality television shows featuring primarily all-women casts are problematic, it is difficult to dismiss them and the genre itself with their consistent ratings, successful brands and businesses.

In fact, reality television shows, became so popular with women audiences in the early 2000s, they displaced legendary soap operas like All My Children and One Life to Live, both of which had been on-air for more than forty years each at the time of cancellation (2011).

Reality television mimicked the narrative and stylistic elements of soap operas, but with far less production costs. For example, even though 90 Day Fiancé is a popular reality show on TLC, reportedly, each couple gets $1000 to $1500 per episode, with some cast members starting GoFundMe pages to ask for help with bills.

While it is easy to assume that reality stars are making that kind of money, the vast majority are not, particularly on women cast shows whose re-runs dominate daytime television programming and new episodes strike ratings gold for primetime audiences.

Most reality shows of this type – women cast housewives shows – are filmed with three to five crew members on location, unlike soap operas which were historically filmed on set, with scores of crew members and star salaries that were in the millions of dollars.

The lower production costs of reality shows including crew and star salaries coupled with the rise of social media giants Facebook and Twitter brought the reign of daytime soap operas to a screeching halt.

While many want to get rid of what some call “Trash TV,” reality television is here to stay, if for nothing else – high return on investment in the form of advertising and viewership relative to the low cost of production and distribution.

Reality show executive producers Andy Cohen, Mona Scott Young and Carlos King understand the business model and know it is good business to produce problematic reality shows. Despite the outcry on social media about the danger of reality television, the popularity of reality shows with audiences challenges the presumption that ratchet television is bad for the culture.

Dr. Mark Cunningham, Professor of Black Popular Culture at Austin Community College, thinks the critique is wrapped in respectability politics. “What we see on these shows falls under everything we discuss in other contexts as stereotyping: self- absorption, hypersexuality, over-indulgence, superficiality, hyper masculinity and so forth, he offers. I don’t buy into these critiques of the shows being worthless although I do recognize that there is some truth to the critiques in terms of the stereotypical behaviors of those on the shows. People need to understand this is just one example of black life. This is not all of black life.”

The reality shows with black women casts do represent the worst of what folks have to say about black people, but they also fill the desire for black people in general and black women specifically to be seen on television.

Dr. Alfred L. Martin, Jr. Assistant Professor of media studies in the departments of Communication Studies and African American Studies at the University of Iowa states, “These shows emerged at a time when black women were pretty non-existent within mainstream media. So, on one hand, they were feeding an unsatiated appetite for black female representation. On the other hand, these representations emerge in a post-network environment where networks are seeking modes of differentiation in an ever more crowded television landscape,” Martin offers.

“At the same time, these representations are complicated in the ways they mix the respectable and the ratchet. So, in a way, they break from ‘Saint’ Claire Huxtable who did not have a ‘negative’ bone in her representational body. These black female reality TV characters — and they are characters versus necessarily being their “real” selves –are far more complex,” Dr. Martin adds.

It is impossible to dismiss the large audiences in general and women of color they draw despite the chorus of naysayers who believe the stereotypes bring more harm than good by playing into the “angry woman” stereotype among others.

Reality show viewer Miranda Solomon has diverse reasons for watching the shows. “Specifically, I watch Love and Listings because I sell real estate and am interested in seeing a show that is entirely focused on people of color doing what I do for a living. I also watch Basketball Wives, Love and Hip Hop (all cities), Real Housewives of ATL and Married to Medicine. I watch each of these shows as a mindless indulgence. Each of these shows provides just the right about of reality escape for me,” says Solomon who also sees the reality in the show despite the cattiness.

“These shows draw large audiences because some showcase professional Black women and the triumphs and struggles we all experience daily. They highlight the iconic ‘Black Girl Magic’ that makes the whole world interested in what we are doing. The cat fighting and mean girl behavior definitely add to the entertainment value. I also love the way Black family life is highlighted on both of these shows (RHOA and Married to Medicine).”

When asked about the negative images perpetuated by both shows and the criticism the show receives because of these images, Solomon offers, “If you’re only watching the cattiness and the fighting, then it is easy to have that opinion. I actually follow the story lines of the characters. I find the characters’ family lives intriguing and, in many cases, endearing. I wonder if the critique is the same for White reality shows like The Bachelor and The Bachelorette?”

Dr. Martin speaks to Solomon’s concerns. “At base, that sort of critique is rooted in a racialized and racist understanding of blackness. White folks get to consume all sorts of garbage and their consumption is often bound within ‘ironic’ stances toward the ‘bad object’ or general notions of kitsch and camp. When black folks consume ‘bad objects’ it is understood as endemic of our lack of taste, class and education. Of course, that goes back to Stuart Hall’s conceptualization of the function of the stereotype: to fix, essentialize, reduce and naturalize blackness as inherently inferior and ‘othered.’”

Therein lies the rub. Why is it that in a reality genre that is teeming with shows ranging from tow truck operators to police officers to college kids sharing a house together to dance teams and the lives of little people, are so many bothered by the black cast reality shows? It is possible to realize that much of what you are watching is problematic and find some sense of pleasure in the show despite the problematic images? Is Rachel Lindsay, the first black Bachelorette, any worse than the twenty “Bachelorettes” that came before her?

Some television viewers like Donna White, who rarely watches black cast reality television shows because of the problematic images of black people, understands why people want to see these images and believes the cast members should have the opportunity to use their platform to develop and grow their businesses.

However, White, who jokingly refers to herself as a “bean bag culture critic” is still bothered by the representation of black people on these shows. “Reality shows often perpetuate and reinforce stereotypes about black love, relationships, and how black people act and what is important to us. Black folks are dynamic and multidimensional people, but that is rarely captured on most reality shows,” she says.

When asked what type of show she would like to see, White offers, “I’d like to see something with travel and adventure. What I want to see won’t sell and won’t garner the large audiences,” she says making a sobering observation of the realities of black cast reality television shows.

Is there room for more diverse representations of blacks on reality television shows? More importantly, if the formula changed as White would prefer, will audiences watch these new types of reality shows with the same fervor as “ratchet” reality shows? Does it have to come down to the respectable and the ratchet or is there something in between?

This article was written by Nsenga K. Burton, Ph.D., entertainment and culture editor for NNPA/Black Press USA. Nsenga is also founder & editor-in-chief of the award-winning news blog The Burton Wire, which covers news of the African Diaspora. Follow her on Twitter @Ntellectual.

The post Reality TV — The Respectable and the Ratchet appeared first on Atlanta Daily World.