Second Round of Stimulus Checks Secured for COVID Relief 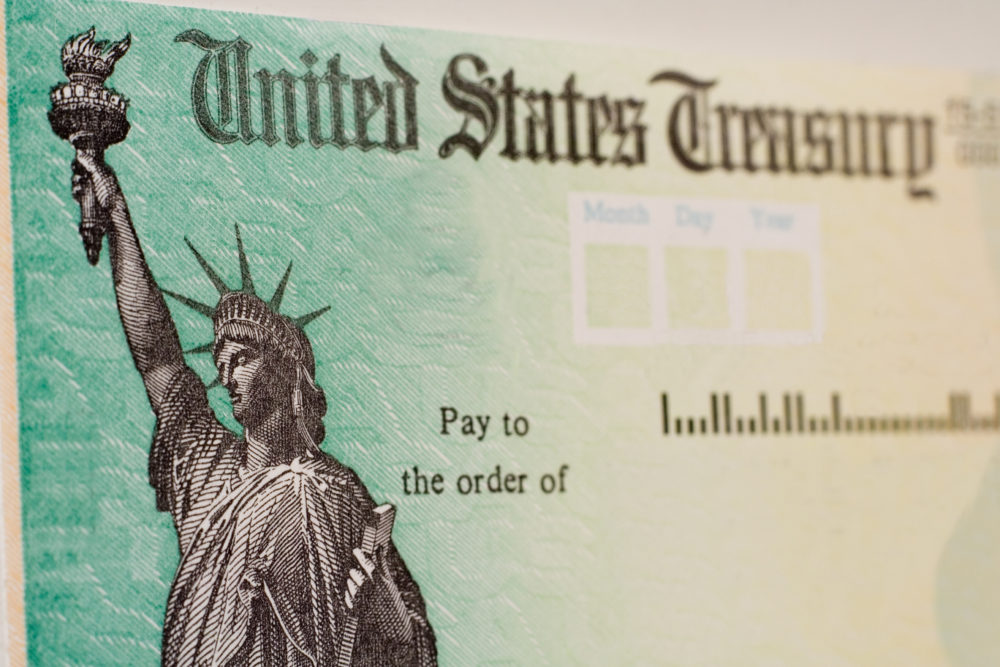 SECOND ROUND OF STIMULUS CHECKS SECURED IN FINAL RELIEF DEAL

Congress is expected tomorrow to approve a $900+ billion relief bill to stimulate the economy, with the inclusion of $166 billion in direct economic stimulus payments to American families.

“While more needs to be done, we’re thankful to the members of the House and Senate, of both parties, who are standing up and fighting for those in need,” said Humanity Forward founder Andrew Yang in a statement.

In recounting how these stimulus checks came to be included in the final package, Humanity Forward is humbled to have worked with a bipartisan group of lawmakers, who just two weeks ago introduced “The Coronavirus Assistance For American Families Act” (H.R. 8893), the first-ever bipartisan standalone cash relief legislation. H.R. 8893 was cosponsored by 12 Democrats and 12 Republicans, including a number of caucus chairs, with lead sponsors Congressman David McKinley (R-WV) and Congresswoman Lisa Blunt Rochester (D-DE). The full list of cosponsors is below:

“Today, Congress votes for a long overdue stimulus package,” said Representative David McKinley (R-WV), one of the two lead cosponsors of H.R. 8893. “We are pleased that direct payments to individuals and families are part of the relief. This is thanks in large part to the pressure bipartisan members of both the Senate and House put on negotiators to include direct relief. While the amount is lower than what we called for in our bill, this will still help people who are struggling.”

“I’m pleased that Congressional leadership has agreed to a COVID-19 relief package, including direct payments, which Rep. McKinley and I advocated for,” said Representative Lisa Blunt Rochester (D-DE), the other lead cosponsor. “While the checks are less than we had hoped for, they will still provide temporary needed relief to American families and I’m hopeful we can continue to work to secure additional relief as soon as possible.”

These representatives and others worked to ensure that direct cash relief would be included in the final COVID relief package by presenting this breakthrough legislation and then communicating their support for stimulus checks to leadership. Humanity Forward knows there were more leaders who wanted to sign onto the bill, and thanks each and every one of them for championing the people and their needs in this time of crisis. Moreover, given the persistent uncertainty of a COVID relief deal materializing over the past few weeks, the inclusion of broadly-popular stimulus checks may well have helped salvage the entire deal.

Humanity Forward is also very thankful for Senators Josh Hawley (R-MO) and Bernie Sanders (I-VT), two Senators who share few ideological goals, but who came together in a bipartisan call for greater assistance for the American people. Together they demonstrated the cross-ideological appeal direct cash relief presents as an economic recovery tool going forward.

“We’re thankful for our allies who fought for inclusion of new checks, and helped finally push through a new deal,” said Mr. Yang. “But $600 is not enough for struggling American families. Those who stood in the way of more assistance should take note that the people can see who stood with them in their time of need.  We’re going to keep pushing for a stronger long-term stimulus. 88% of Americans are for ongoing cash relief during this crisis – it’s simply the right thing to do.”

If you or your outlet is interested in covering the impacts of Humanity Forward or Andrew Yang in advocating for direct cash relief for the American people, or speaking with the cosponsors of this legislation for an interview, please contact Humanity Forwards’ press secretary Greg Nasif at press@movehumanityforward.com or 804-742-2076. Thank you.