Summer Can Be Hard for Black LGBTQ Students. Here’s How to Handle the Break 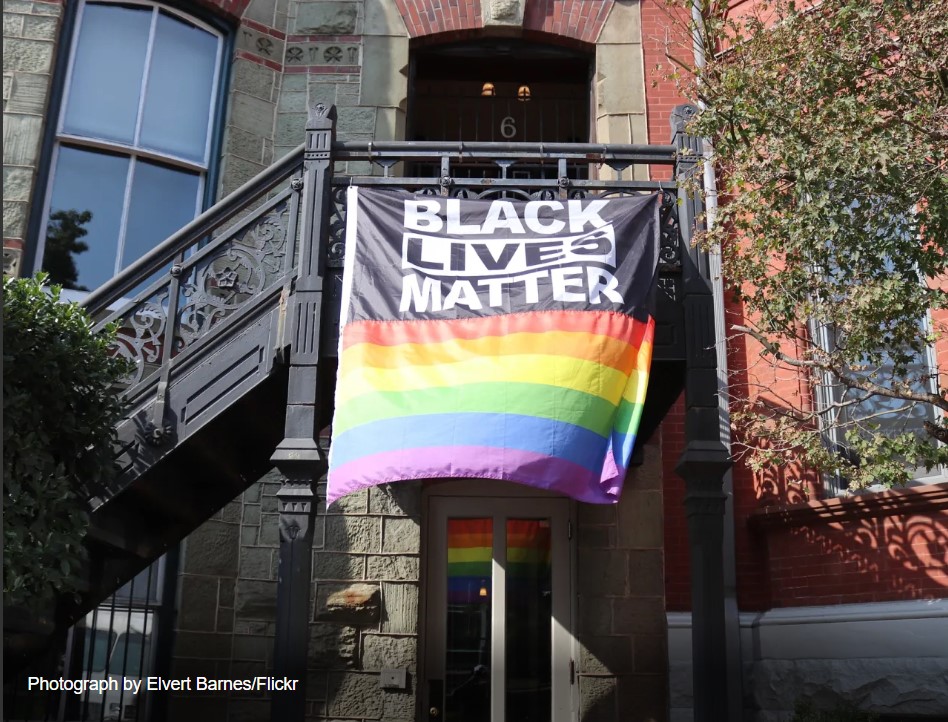 by Maya Pottigier for Word in Black

Though DJ Jazzy Jeff and the Fresh Prince’s iconic anthem “Summertime” heralds that school’s out and it’s time — as Will Smith raps — to “sit back and unwind,” the end of the school year isn’t good news for everyone. For LGBTQ kids, being home for the summer can be complicated.

Instead of looking forward to sleeping in late or family vacations or eating ice cream poolside, summer can mean three months of isolation — which can take a toll on both their mental and emotional wellbeing.

And, students living at the intersection of “multiple marginalized identities,” like being Black and queer, are often left out of the conversation.

“When we’re talking about what affirmation looks like, what safety and security looks like, for Black LGBTQ young people, in particular, there are many reasons why many of us do not feel seen or heard,” says Preston Mitchum, director of advocacy and government affairs at the Trevor Project. “We can really do a lot to stop that.”

Americans are increasingly identifying as LGBTQ, according to a 2022 Gallup poll. In fact, the rate has doubled from a decade ago, with 7.1% of adults being LGBTQ in 2021 compared to 3.5 in 2012. And, among generation brackets, Gen Z is part of the community at the highest rate, with roughly 21% saying they are LGBTQ, compared to 10.5% of Millennials and only 4.2% of Generation X.

Though the rate of identification has steadily been increasing, the satisfaction rate of LGBTQ acceptance has wavered over the years, according to historic Gallup data.

This could be related to how it feels like the country is starting to move backward despite the U.S. Supreme Court legalizing marriage equality in 2015.

Since March of this year, we have seen three major anti-LGBTQ policies, including the “Don’t Say Gay” bill in Florida and anti-trans legislation in Texas. Most recently, Florida governor Ron DeSantis asked the state’s medical board to essentially ban any transition care for transgender youth.

These bills are taking a toll on LGBTQ youths’ mental health. In its 2022 National Survey on LGBTQ Youth Mental Health, the Trevor Project found that 93% of transgender and nonbinary youth are worried about state or local laws denying trans people access to gender-affirming medical care. And 91% have worried about these laws denying them bathroom access. Plus, after the widespread controversy around trans swimmer Lia Thomas, 83% have worried about being denied the ability to play sports.

In the same news cycle, states were trying to ban schools from teaching critical race theory, creating an intersectional attack.

“As a Black queer person who grew up in the Midwest with familiar roots in the South, I personally understand the devastating impact of having our stories, our cultures, our identities erased from the classroom,” Mitchum says.

Nearly 70% of Black LGBTQ youth reported discrimination based on their race or ethnicity in The Trevor Project’s 2021 survey, compared to 60% of Asian LGBTQ youth. Overall, half of LGBTQ youth of color reported facing discrimination based on their race or ethnicity.“When you throw race in the equation, demographically, our youth are the most vulnerable, so they’re the most likely to be affected,” Martin says. “Homophobia, heteronormativity — when you see all those things affect those communities in question, just know that it’s even worse for our Black queer and trans kids.”Schools Need Summer Support for LGBTQ Students

Black students heavily rely on the mental health resources provided by their schools. And both LGBTQ and transgender or nonbinary youth overwhelmingly find school to be a more affirming space than home, with more than 50% of both groups saying school is an affirming space.

These are more uplifting results than the joint 2020 GLSEN and NBJC report, which found that 52% of Black LGBTQ students felt unsafe at school because of their sexual orientation and 31% because of their race or ethnicity. It also found that nearly a third of Black LGBTQ students reported missing at least one day of school in the last month because they felt unsafe or uncomfortable.

“Schools must do a better job at investing in supportive educator networks,” the GLSEN statement says. “Supportive adults in schools can help provide guidance and resources to students throughout the school year and as they prepare for summer break.”
Martin, who spent six years as an educator in Texas, says it’s important for school staff to keep connections with “kids that are of concern.”

“Make sure they know that there are people in their corner,” Martin says. “It just takes one time for that trust to be broken between the students and their trusted adults. They won’t open up anymore. So you want to keep that communication open, and you want to create an environment that enables them to learn and be vulnerable but also feel safe.”

LGBTQ+ clubs, advisors, and counselors can create workshops, discussion groups, and other ways for students to connect virtually and in person to continue getting support during the summer, Victoria Kirby York, deputy executive director of the National Black Justice Coalition, wrote in a statement to Word In Black.

Access to organizations and spaces where your sexual orientation and gender identity are valued and affirmed as profoundly as your race is precious.

Schools should also continuously learn what it means to create a safe space for students and stay updated on research instead of relying on what they know, Martin says. The Trevor Project encourages districts to have a model policy for suicide prevention, especially one that has LGBTQ inclusive curriculum.

Most importantly, Mitchum says LGBTQ programs and organizations should extend past the school year. Whether it’s Gender and Sexuality Alliances or other LGBTQ activities, they should continue in-person or virtually during the summer months.

“Summer school courses are regularly offered at many schools. Sports teams often continue practicing,” Mitchum says. “What we’re really encouraging is to not allow some of the programs that are seen as the in-school support to stop just because the summer is taking place.”

Here’s Where to Find Community and Help This Summer

Fortunately, there are many ways to stay connected with the LGBTQ community or find mental health resources during the summer months — especially since June is Pride Month. Students can attend in-person and virtual events nationwide celebrating pride (check out the map below). Or, if students need something more discreet, Martin says look for LGBTQ organizations that host yoga classes or discussion series that enable people to meet and get connected.

“Try to seek out those types of spaces,” Martin says. “You can always reach out.”

Through its Lavender Book platform, NBJC is creating a database of spaces around the country that are welcoming to the Black queer, Black trans, and Black gender non-binary communities. People can both search for spaces based on a variety of criteria and can also submit places for others to discover.

“Access to organizations and spaces where your sexual orientation and gender identity are valued and affirmed as profoundly as your race is precious,” the National Black Justice Coalition’s Kirby York said in the statement.

This article was initially published on Word in Black

The post Summer Can Be Hard for Black LGBTQ Students. Here’s How to Handle the Break appeared first on Atlanta Daily World.