The Sacredness of the Right to Vote 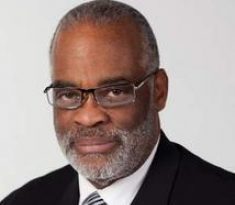 In 2004, the citizens of Detroit voted to return control to an elected school board by a

2-1 margin. The “Just Say No to E” campaign successfully returned the power to the people. They were outspent by opponents 20-1 who wanted control of the school board and its $1 billion budget and $1.5 billion bond. Many urban centers around the country had grown weary of political and economic disenfranchisement, and the political atmosphere nationally was divisive. I would like to revisit parts of an article I wrote in 2004, The Sacredness of the Right to Vote: The Hidden Agenda of Proposal E, leading up to the November 2004 vote:

In this election year, observers concede that the nation has never been so divided politically. Nationally, the Bush Administration has successfully and strategically driven a wedge between American voters by playing to the President’s stalwart Republican conservative support base and demonizing so-called liberals. What makes this so unusual is the blatant way Bush has orchestrated this divisive atmosphere with evangelistic zeal. He has used the Iraq War and the fear factor to sanitize failed foreign policy abroad and economic policy at home that have divided and crippled this nation as never before. The President’s reelection is counting on this divisiveness to secure his short-term success at the expense of long-term national unity.

As America’s original “selected” President, Mr. Bush has quietly distanced himself from the successful disenfranchisement of tens of thousands of Florida and Texas voters, and hundreds of thousands of voters nationwide four years ago that handed him the presidency. Thousands of votes from seniors, African Americans and other marginalized groups were summarily dismissed by Florida officials and the U.S. Supreme Court. Despite the stories of voter intimidation at voting sites and police checkpoints on election day in key communities, the national media and federal officials have turned a deaf ear to the cries of the disenfranchised.

Sound familiar? Sixteen years later we have come full circle. Much more is at stake, but the issue of the right to vote remains central. As we approach election day 2020, Covid-19 is not the only dis-ease we face. The national atmosphere of dis-ease has many contributing factors, some of which are listed below:

· Presidential nods to such groups to prepare to be on standby for action as the number of first-time handgun buyers and ammunition skyrockets.

· NFL plyers who kneel in protest of the killing of unarmed Americans called unpatriotic “sons of b—–s” who should be kicked out of the league.

· President’s promise to protect the suburbs – from who? (African Americans) are already there!

· John McCain – a warrior that was captured; fallen warriors are called losers and suckers.

· John Lewis – no White House acknowledgement of his work or passing.

· The Trump administration’s initiative to dismantle the American Care Act in the courts while enriching the super-rich with immoral tax breaks.

· The White House’s ongoing mishandling of the Covid-19 pandemic that has left hundreds of thousands dead and families devastated.

· The appointment of Supreme Court justices after Obama’s nomination was completely shut down.

· Modern reincarnations of voter suppression, poll taxes and jerrymandering- which was made unlawful by the 24th Amendment to the Constitution in 1964.

· The Supreme Court ruling that instructs federal courts to stay out of such matters.

· Strategic disruption of postal services to impact the delivery of mail-in ballots.

All of this dis-ease boils down to one fact – The sacred right to vote is central to our democracy. Economic, social, religious and political advancement is marginalized if one is denied the opportunity and ability to be heard by casting one’s vote. The blood of those who have demanded this basic right saturates our land through lynchings, shootings, castrations, beheadings, beatings, police dogs, false imprisonments, beatings. Many were beaten and killed for trying to simply register to vote. Many of the disenfranchised have bravely served this nation and given their lives around the world fighting fascists, Nazis, dictators, strongmen, autocrats and other low-lifes only to return home to meet the same. The blood of the martyrs cries out for redemption, restoration, reconciliation. Their faith and love for justice for all humankind can be seen here:

23 “Take away from Me the noise of your songs;

I will not even listen to the sound of your harps.

16 “For God so loved the world, that He gave His only begotten Son, that whoever believes in Him shall not perish, but have eternal life. NASU

12 “This is My commandment, that you love one another, just as I have loved you. 13 “Greater love has no one than this, that one lay down his life for his friends. NASU

There is one thing that is worse than efforts by some to deny others the right to vote. When one decides to give up that opportunity to vote, it is a betrayal of the highest order to those whose ultimate sacrifices deserve our following through with this, our sacred duty.

Our Charles G. Adams Center for Theological Reflection, Ethical Inquiry and Community Engagement will host a special live stream on Facebook, “Take Your Souls to the Polls” on Sunday, November 1, 2020, from 7:00 – 8:30 pm.

Please plan to tune in to this important public event.

The post The Sacredness of the Right to Vote appeared first on Atlanta Daily World.