Tiger Woods on the mend 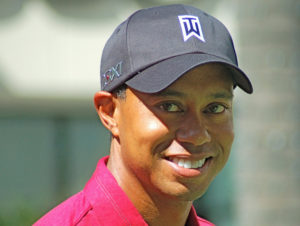 Golfing superstar Tiger Woods who was in critical condition in a Los Angeles area hospital after a single-car accident on Tuesday, Feb. 23, is apparently on the mend and in good spirits.

Woods’ friend and fellow golf pro, Rory McIlroy said during an appearance on Tuesday’s “The Tonight Show with Jimmy Fallon,” that  his friend and fellow links master Tiger is “feeling better” and hopes to begin recuperation at his home in Florida in the “next week or so.”.

“I have. I’ve spoken to him a little bit,” said McIlroy. “He’s doing better. I think all the guys have reached out to him and hopefully if things go well over the next week or so he might be able to get home and start recovery at home, which would be great for him, so, see his kids, see his family.
“He’s doing better and just I think all of us are wishing him a speedy recovery at this point.”

Woods was extricated from the wreck with the ‘jaws of life’ by Los Angeles County firefighters and paramedics and then transported to a local hospital by ambulance for severe injuries in the Feb. 23 single-car accident.

The post Tiger Woods on the mend appeared first on Atlanta Daily World.