TYLER PERRY TO RECEIVE ‘THE PEOPLE’S CHAMPION OF 2020’ AWARD 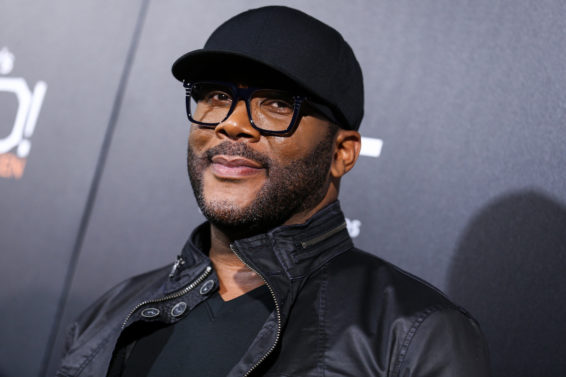 TYLER PERRY TO RECEIVE “THE PEOPLE’S CHAMPION OF 2020” AWARD

Los Angeles, CA – October 6, 2020 – E! announced today that world-renowned entertainment mogul, entrepreneur, and philanthropist Tyler Perry will be honored with “The People’s Champion of 2020” award at the “E! People’s Choice Awards.” Perry will be recognized for his trailblazing work in entertainment, unwavering commitment to support multiple charitable organizations, and inspiring empathy and progress for humankind. The 2020 “E! People’s Choice Awards” will broadcast from the Barker Hangar in Santa Monica, CA on Sunday, November 15 from 9:00-11:00pm ET/PT.

“In a year of unrest and uncertainty, Tyler Perry proved a natural leader,” said Jen Neal, General Manager, E! News, Live Events & Lifestyle Digital. “From his pioneering efforts in successfully, and safely, restarting production and creating jobs at Tyler Perry Studios, to personally supporting charities and families in need, he continuously inspires hope in people. We are honored to present him with the People’s Champion of 2020 Award.”

Tyler Perry has made history on multiple accounts, from opening the largest privately owned motion-­picture studio in the U.S. to receiving a slew of prestigious accolades for his work in entertainment and philanthropic efforts, including DGA Honors by the Directors Guild of America, Favorite Humanitarian award at the People’s Choice Awards, and most recently the Governors Award at the 2020 Emmys. In 2020, Tyler once again made history by becoming one of the first filmmakers to safely resume filmmaking amid the COVID-19 pandemic by creating “Camp Quarantine” on the Tyler Perry Studios lot in Atlanta, GA, and was named one of TIME’s 100 Most Influential People of 2020.

Outside of his box office success, including 22 feature films and over 1,275 episodes of television, Perry’s ongoing commitment to humanitarian efforts is unparalleled and comes from a personal place. He has been intimately involved and donated generously to civil rights and human rights causes. This year he personally covered travel expenses for George Floyd’s family to attend his funerals and the funeral expenses for Rayshard Brooks and Secoriea Turner in Atlanta. Perry also strongly supports charities serving the homeless, including Feeding America, Global Medical Relief Fund, and Covenant House, among others. During the 2020 Coronavirus pandemic, he supported his local community by purchasing groceries for the elderly, as well as grocery store gift cards for police to hand out to Atlanta communities in-need. Tyler Perry’s unprecedented achievements coupled with his compassion perpetually inspires people worldwide.