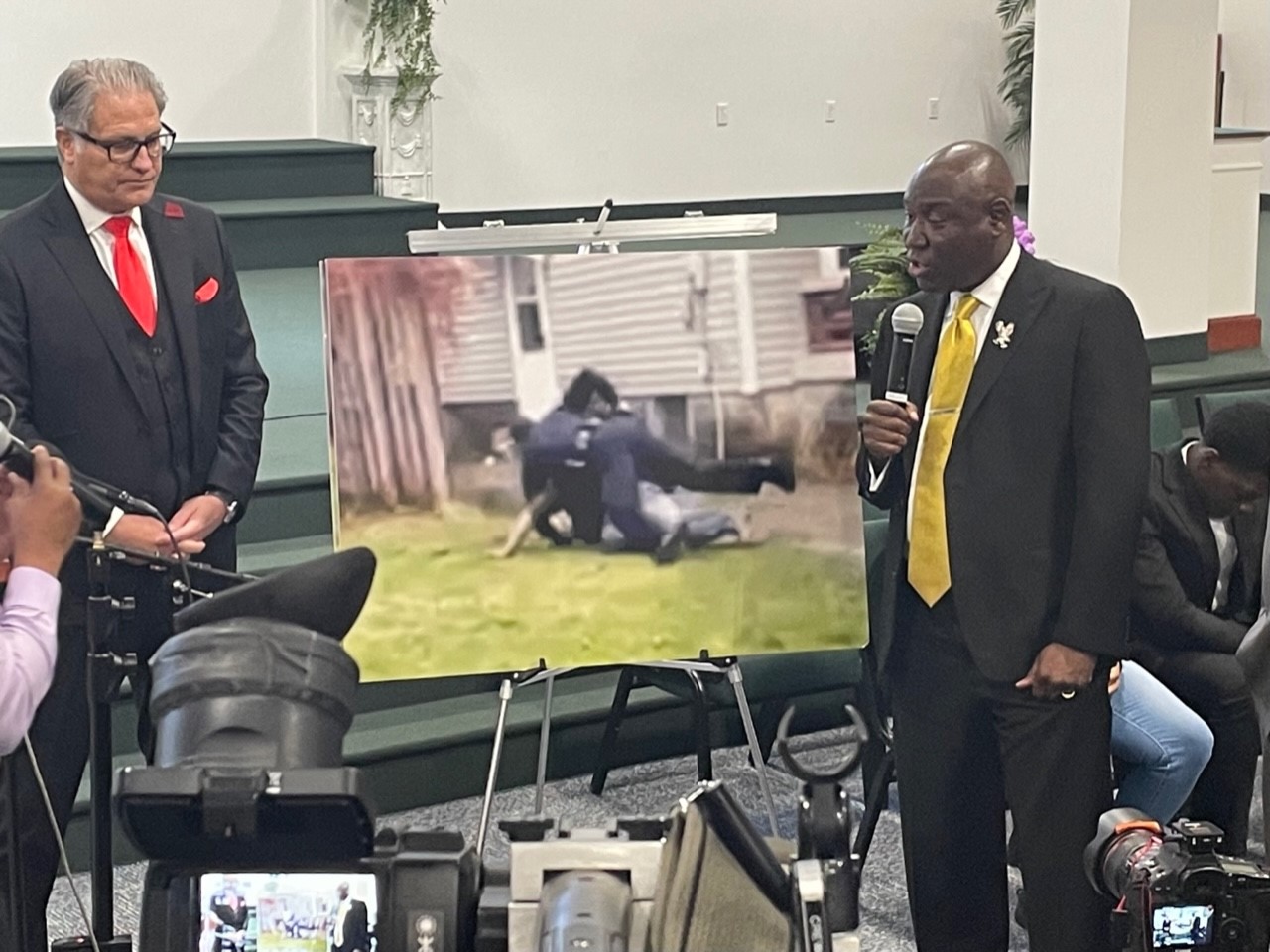 GRAND RAPIDS, MI — A city in the spotlight and its police department with a world of scrutiny after Patrick Lyoya, a 26-year-old Black man, was killed by a Grand Rapids police officer following a traffic stop on April 4.

Following days of public outcry from community leaders, the police agency released video footage of the incident captured from the patrol car’s dashboard, the officer’s body-worn camera, and from a home surveillance video.

The officer, who has not been named, informed Lyoya that he was pulled over because the license plate didn’t match his car. The range of video images captures Lyoya stepping out of his car and the officer ordering him to get back in the car. “What did I do wrong?”, Lyoya asked. After some conversation on whether he was in possession of a driver’s license, the officer reapproaches the vehicle and grabs Lyoya, he then pulled away and ran, according to video. A short chase ensued, followed by the officer tackling Lyoya to the ground and a struggle between the two men on the front lawn of a residence. Video footage from the officer’s camera captures a struggle with Lyoya for his Taser. At some point during the scuffle, the officer’s body camera is turned off and it remains unclear who applied the pressure to turn off the device whether mistakenly or intentional, according to city officials.

Video footage from a witness captured the final moments of Lyoya alive as he lay faced down to the ground and attempting to kneel up while the officer’s body lay on top of him.  “Let go of the Taser,” the officer yelled in the moment right before firing the fatal shot.

During a press conference, the city’s police chief Eric Winstrom, called the incident a tragedy but stopped short of announcing whether its officer followed department policy. An investigation to that matter is ongoing. Michigan State Police is investigation the overall case and on whether or not charges should be recommended to the Kent County prosecutor’s office.

“This officer should be terminated for unnecessary use of excessive and deadly force,” said attorney Crump during a press conference, joined by Lyoya’s parents and siblings at Rennaissance Church in Grand Rapids. “When you think about all the things he could have done to avoid shooting Patrick in the back of the head, this officer failed to follow the basic training.”

The police department’s headquarters in recent days since the shooting began to install barrier fencing around its building for fears of property damage as protests and rallies have continued.

“It was a murder,” said Shandell Ayala, a life-long resident of Grand Rapids. She gathered in protest and rallied with around 100 other protesters outside the downtown police department. “It’s very scary because, it could’ve been me, my sister, my brother. So now, who do we go to? Who protects us? Who do we call when we have an emergency?”