Viewpoint: There’s nothing just about justice 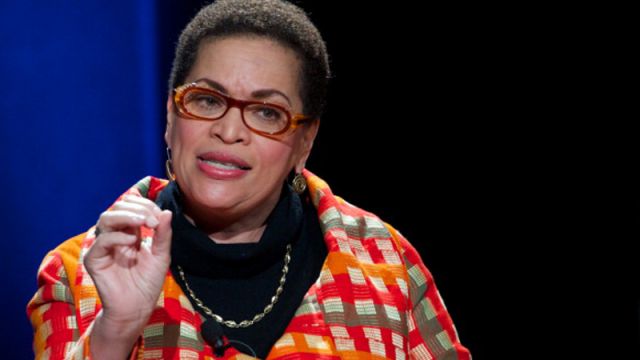 Twenty-one-year-old Deandre Sullivan overslept one morning. Selected to serve on a jury, he was supposed to report by 9 a.m. He didn’t awaken until 11 and figured he’d have to pay a fine for his no-show. But hours after he failed to appear, he was hauled into a West Palm Beach, Florida court. There, Judge John Kastrenakus sentenced him to 10 days of incarceration, a fine, 300 hours of community service, and probation. At the time of his sentencing, the judge complained that Sullivan held the court up for 45 minutes. So for 45 minutes, he gets ten days or 240 hours. The young man had a spotless record, was a caretaker for his disabled grandfather, and was a model citizen. He is also a young Black man, the kind of man who is too often devalued by White supremacists.   After all, how many businessmen or women has Kastrenakus sentenced to jail time for being jury no-shows?

Weeks after young Sullivan served his time, his sentence was vacated, and Kastrenakus offered condescending comments about the young man’s future. Despite the voided conviction, his arrest record remains online. From my perspective, Kastrenakus has no business being a judge. Maybe ten days in jail would shift his kaleidoscope and make him more compassionate.

While Deandre Sullivan overslept, Felicity Huffman overstepped her boundaries big time. She paid to get her daughters into college and was exposed for her corrupt behavior when law enforcement caught on to a college admission scam in which dozens of wealthy White parents participated. While young Black people on elite campuses are often disparaged as being “unqualified”, privileged White people can hide behind their privilege and get away with it. Huffman was sentenced to a mere 14 days in jail, perhaps because she owned up to her crimes. She shed the White-girl victim tears (I’m so sorry, cause I got caught) that we are so accustomed to seeing. I am so tired of seeing folk offer sympathy, empathy, and a break for crying White women. Huffman was fined $30,000, which is a slap on the wrist for someone of her wealth. She should have been fined an amount that pinched, if not hurt. How about a six-figure fine, used for college scholarship funds for those who are less privileged than her coddled daughters?

One of my favorite crooners, the incomparable John Legend, opined that no good is served when Huffman spends time in jail. If the so-called system were not so unjust, I might agree. But while it serves no one to see Huffman in prison, did it serve anyone to see Deandre Sullivan there? It seems that humanistic approaches to incarceration are only rolled out when the White and privileged are caught breaking the law. Felicity Huffman got a slap on the wrist. Deandre Sullivan got a life-altering experience that he would not “wish on his worst enemy.”

Who does it serve that Tonya McDowell was sentenced to five years in jail and five more of probation for enrolling her child in the wrong school? The homeless woman used a friend’s address to send her child to a better school and was charged with “stealing” $15,000 of educational services. If the delivery of education were not so uneven, would she have been forced to use someone else’s address for her son to get a quality education? And to echo John Legend, who is served by her incarceration?

Chrystal Mason, a convicted felon, was leading a redeemed life when she was urged to vote in Texas in 2016. Her probation officer didn’t tell her she was ineligible to vote. The people who took her ballot never asked her about her status. She was sentenced to five years in jail for illegal voting in Tarrant County, Texas. Absolutely! Who was served by her incarceration?

Amber Guyger, who massacred the incandescent young Botham Jean in his Dallas apartment, apparently because she was too busy sexting her married lover to pay attention to her intrusion into the wrong apartment, got a slap on the wrist with a 10-year sentence for murder. She could have gotten 99 years, but the jury chose mercy instead of punishment. Who does that for Black defendants? She was rewarded for her pitiful, crocodile tearful testimony with hugs, both from the murdered man’s brother, but also, inappropriately, from Judge Tammy Kemp. How many Black defendants did the Black judge hug and gift her personal Bible?

The pattern is clear. White folks get a slap on the wrist if they are even charged for their crimes. Black people get the book thrown at them for even minor infractions. There is nothing just about justice in this country, and it is ready to get even more unjust. So when you pledge that flag for “liberty, freedom, and justice for all,” think about who actually experiences justice.

(Julianne Malveaux is an author and economist.)