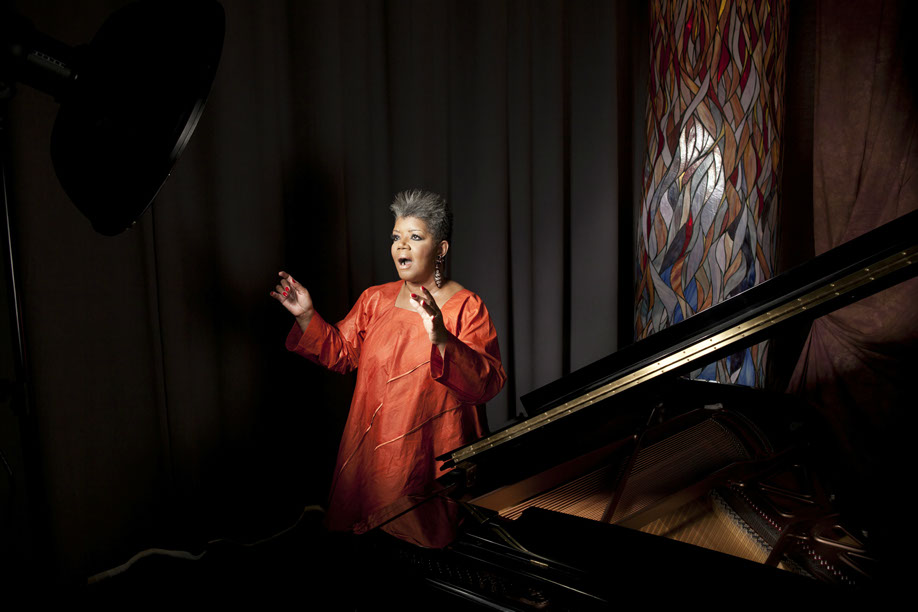 Lavenia Nesmith was once a member of the first R&B band from Washington, DC

By Timothy Cox, Special to the Atlanta Daily World 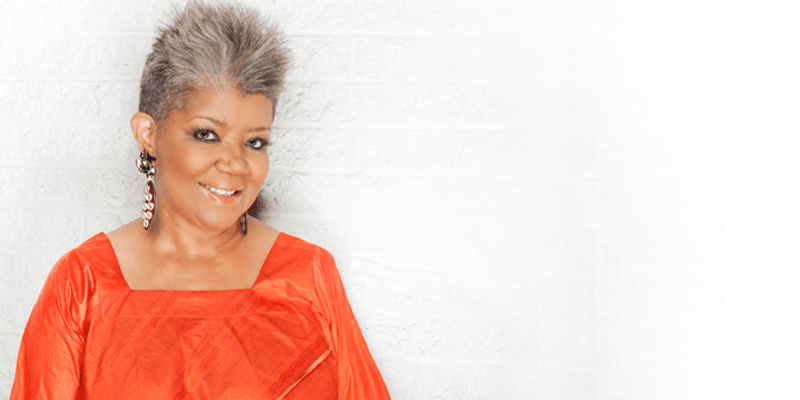 When a Washington, DC area musical group held its 60th anniversary last year, the memories stoked lots of good feelings for at least one of its members – Lavenia Nesmith.

As the only female member and lead singer of The El Corols, Nesmith said her group is considered the original RnB band in DC – compared with the many vocal groups that have originated from the city. “We like to think we’re the foundation for the Go-Go sounds so pivotal to DC’s history, including groups like Chuck Brown and the Soul Searchers,” she said.

Nesmith (pronounced Nee-smith) said her group was formed in 1959 in the basements of some of the neighborhood houses in Northwest DC – specifically, the Shaw housing community. Most of the band members attended Shaw Jr. High School, McKinley Technical and Paul Laurence Dunbar high schools – all segregated-black schools. “I never had a white teacher from K – through graduation,” she noted. “And I had an excellent education,” she proudly exuded.

Ironically, Northwest DC is the section of DC where Motown legend Marvin Gaye was reared. But, by the late ‘50s, Marvin had already migrated to Detroit where Barry Gordy founded the legendary record company on West Grand Boulevard in 1959.

“No, I never met Marvin, but we knew he was one of us – and we followed his career. This was was really a fun time of life for me. I’ve been really excited about singing since I was about 8.” Nesmith got her first taste of the singing bug while attending her home church, Vermont Baptist Church in Northwest DC.

“My mother wasn’t excited about me joining the school band. She was more about me getting my education, but I learned the clarinet – and eventually joined the neighborhood band. The El Corols quickly earned a reputation as a quality band with help of band director, Paul Johnson and Captain William Rumsey, their chaperone from Dunbar High School. The group performed at school and community functions, and at Carr’s Beach – a private beach front in Annapolis, Maryland that welcomed black patrons who were prohibited from frolicking at area whites-only beach properties like Ocean City or Atlantic City.

“We performed with James Brown, The Temptations and Bobby Blue Bland, and because we were a female-led group we played tunes by Baby Washington, The Supremes, Mary Wells and The Supremes,” she recalls. As a singer, she says her experience with the clarinet has helped her with reading musical notes – and especially with knowing her (musical) keys. She also studied piano and voice while in college.

Nesmith said her parents Ila McCrae Nesmith and Booker T. Nesmith, were natives of Nesmith, South Carolina, and have ethnic ties to the Gullah or Geechee tradition in Lowcountry South Carolina. “Education was a priority for them,” she recalls.

In homage to their 60-year history, in April 2019, The El Corols were acknowledged with commendations from DC Mayor Muriel Bowser and a National Congresssional Record honor from DC Congresswoman Eleanor Holmes Norton. “We were very honored to have received these very distinguished awards,” she said.

After Nesmith left the group to attend college and ultimately, get married and have two sons, the band continued to flourish and went on to record several 45 singles, including “Chick, Chick, Chick” which was penned by group member Tony Barge.

Nesmith briefly attended Howard University but graduated from Federal City College (now University of DC). She earned a Master’s in Human Resources Development from Bowie State University. “My mother would be so proud,” she adds.

After taking a lengthy hiatus from the music industry, in 1999 Nesmith reappeared on the scene as a solo vocalist, this time mostly singing traditional jazz ala Ella Fitzgerald, Nancy Wilson and Sarah Vaughn.

She had already started her professional career — first with the state of Maryland, but has since retired from the U.S. State Department. Now, she finally has available time to expend on her first love. She has performed as a vocalist for former U.S. Secretary of State and 2016 Presidential candidate Hillary Clinton, in addition to performing for National Day of Prayer for Hurricane Katrina victims in September 2005.

She’s also shared stages with the late actor, Ossie Davis – in addition to working as a backup singer for Diana Ross at Merriweather Post Pavilion also in Columbia – site of the highly-acclaimed annual Capitol Jazz Festival.

As the creator and producer of Jazz in the Hills, Ms. Nesmith produces four jazz-related performances that appear at The Other Barn, also located in suburban Columbia, Maryland’s Oakland Mills section.

“I decided to give my friends and family an option to hear the best live jazz, without having to drive to DC or Baltimore. Here, you can watch the show and be home within 15 or 20 minutes,’ she explained. “That’s the main objective here,” she said, “a suburban stage.”

Her shows are staged once a quarter; spring, summer, fall and winter – once the Pandemic has subsided, she said. “For now, I’m still preparing and planning shows, and my vocalese. The vocals are a muscle – one that should never be disregarded or forgotten,” she said.

Having also performed at the prestigious Kennedy Center of Performing Arts, Ms. Nesmith released a solo CD in the winter of 2013. She’s currently working on two CDs.

If interested in attending or performing at future Jazz in the Mills concerts, call 410.730.4610. For more information contact Lavenia Nesmith and the Oakland Mills Association at 301.596.5128.