Why Are Black People Dying More With Traffic Accidents? 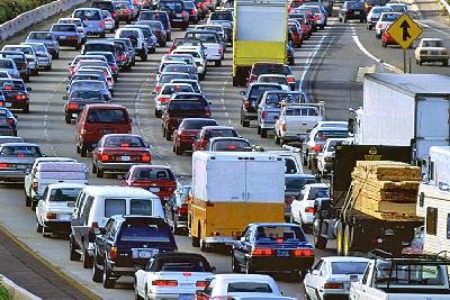 Black people made up the largest increase in traffic deaths in 2020 than any other racial group, Yahoo News reported, even with Americans driving less because of the pandemic and people staying home, according to recent data.
Nearly 40,000 people died in motor vehicle traffic crashes in 2020 — the largest projected number of deaths since 2007, according to the U.S. Department of Transportation’s National Highway Traffic Safety Administration, the article read. Black people who died in these types of crashes were up 23 percent from 2019 — the largest increase in traffic deaths among racial groups, according to the administration’s report.

Norman Garrick, a civil and environmental engineering professor at the University of Connecticut, said the numbers are devastating, but unfortunately not surprising.

“Black people tend to be overrepresented as walkers in this country,” Garrick said. “This is not by choice. In many cases, Black folks cannot afford motor vehicles. And people that walk in this country tend to experience a much, much higher rate of traffic fatality. We’re talking eight to 10 times more. It’s a perfect storm of a lot of horrible forces.”

Even at the start of the National Safety Council discovered that the emptier roads were “proving to be more deadly,” with a 14 percent increase in roadway deaths per miles driven in March. Black people are more susceptible to face traffic injuries overall; from 2010-2019, Black pedestrians were 82 percent more likely to be hit by drivers, according to a 2021 report from Smart Growth America.

Calvin Gladney, president of Smart Growth America, said the pandemic increased the longstanding issue. He said there are three primary causes that impact Black people when it comes to roadway injuries: infrastructure, design and racism.

“Predominantly Black neighborhoods are less likely to have crosswalks, warning signs and other safety road-related mechanisms,” he said in the article. And many high-speed highways are in communities of color.

“The pandemic illuminated issues that people have been ignoring,” Gladney added. “These are the same streets and the same roads that have always been there. If we have intentionality to get to racial equity and close the disparities, we actually can fix this.”