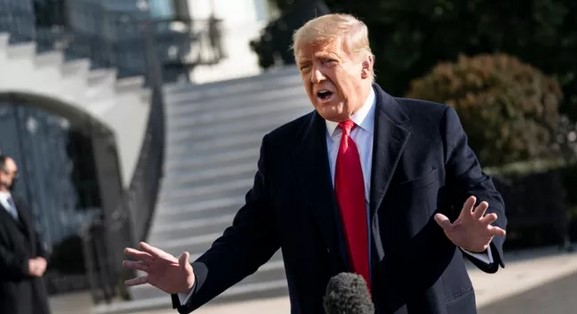 Following his departure from the White House in January 2021, Trump allegedly took multiple documents that were highly classified by the government to his estate in Florida. The investigation also alleges that Trump refused to return the items when asked by the Department of Justice.

Following the report, Trump issued a statement on his social media platform saying, “It was all declassified.”

However, a person can be convicted under the Espionage Act for removing, mishandling, or concealing United State intel, whether it’s classified or declassified. The penalty can be fines or 10 years in prison per document.

In 2022, former Navy sailor Jonathan Toebbe received 12 years in federal prison after pleading guilty to “conspiracy to communicate restricted data related to the design of nuclear-powered warships to a person he believed was a representative of a foreign nation.”

Trump will face an uphill battle if he’s charged. It will likely be difficult for him to explain his reason for taking high-level documents from the White House and refusing to return the items. Some are speculating that he took the items to either sell to a foreign country or use as leverage.

Regardless of his intentions and the FBI’s ability to prove it, the possession of the items alone could lead to a U.S. President serving time behind bars.