Westside Future Fund (WFF) hosted its final Transform Westside Summit of 2018 on December 7, welcoming the YMCA of Metro Atlanta as its featured presenter.

With just a few months to go before the Y’s much-anticipated, multi-million-dollar expansion to the Westside, Summit-goers listened intently to the organization’s president and CEO, Ed Munster, and its vice president of early learning, Youlanda Upkins.

Munster and Upkins unveiled the details of its plans, which includes as its centerpiece a state-of-the-art facility that will double as the Y’s new headquarters.

But before delving too deep into its Westside initiatives, Munster set the stage with a history of the YMCA’s presence in metro Atlanta, which spans more than 160 years, making it the oldest and longest running nonprofit in the city.

“At each stage of our country’s evolution, YMCA has adapted and changed to remain relevant and meet the needs of the times,” said Munster, reiterating that, despite its longevity, the YMCA has also remained current, responsive and reflective of its community.

“We have a big footprint and cover a lot of territory, but each YMCA is unique,” said Munster. “We respond to the neighborhood in which we reside.”

This was illustrated in its reveal of its new $20 million Westside Leadership and Learning Center, which will open in March of 2019. The 55,000-square-foot facility was uniquely designed to meet the needs of Atlanta’s Westside, with a focus on bolstering early learning – a critical community need.

In fact, the facility and the Y’s expanded presence on the Westside are a key component of Westside Future Fund’s cradle-to-career education strategy.

Upkins, who began her career in education with Clark Atlanta University, will be leading all of the early childhood education efforts. 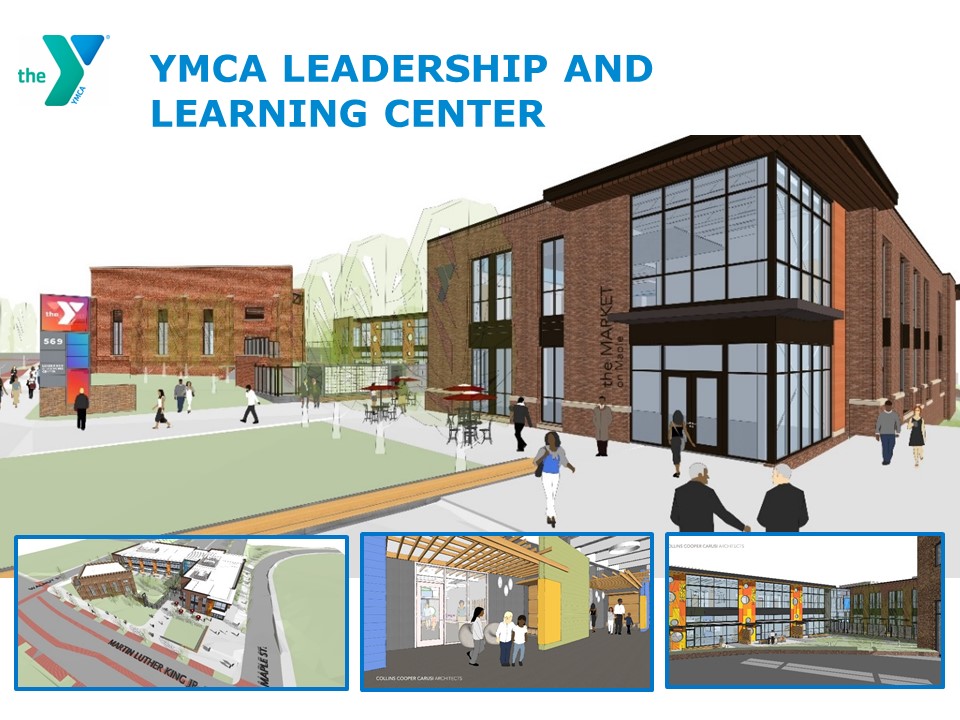 A Cutting-Edge Facility with Cutting-Edge Programs
The building design was influenced by input from national early education thought leaders at Yale and Harvard. The result: a state-of-the-art facility that will help ensure every child on the Westside can reach his or her full potential.

One side of the building will house the Arthur M. Blank Early Learning Center, which will include Head Start, state-funded Pre-K and traditional fee-for-service preschool.

The other half of the building will feature the Chick-fil-A Training Center. The Center will include a regional program training center serving more than 1,500 Y staff from throughout the Southeast annually.

Through its partnership with community-based nonprofit Westside Works, the Y has also launched a training program for Westside residents interested in early childhood education careers. The program is already in its third cohort and has graduated more than 35 students.

Another Westside-focused initiative is its “You are the Promise” program, which will work with early learning providers already in the Westside and provide training for its teachers and staff. These program participants will also have access to the facility and its full suite of Y programs and initiatives.

And just outside the facility’s doors will be the Delta Air Lines Outdoor Exploration Area.

Before closing the presentation, Munster and Upkins made sure to reiterate the Y’s longtime commitment to the Westside and remind Summit attendees that this new facility is just an extension of that commitment.

“We’ve been on the Westside for more than 20 years,” said Munster. “This is just an opportunity to broaden the reach and deepen our impact.”

Prior to the Y’s move, decentralized programming allowed the organization to be present without a physical location by partnering with other community staples. Upkins specifically acknowledged the late Councilman Ivory Young as one the Y’s earliest champions as well as community member Barbara Thomas, who also recently passed away. Plans are being made for a dedication to them both in the center.