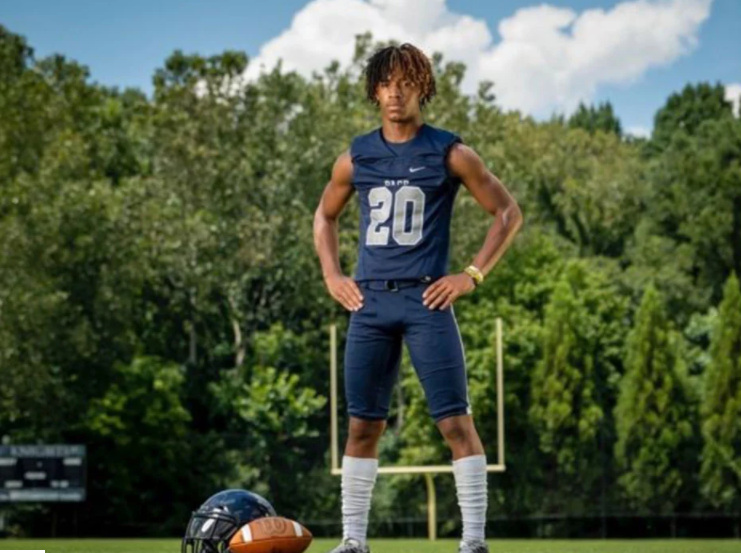 (March 25, 2021 – Marietta, GA) 15-year-old football player, Jordan Sloan, is the first person in medical/football history worldwide to survive a blunt traumatic injury with severe bleeding to the Brain Stem after receiving high dose Vitamin D. The brain stem controls breathing, heart rate, blood pressure, and reflexes. One hundred percent (100%) of these patients die at the scene of the accident.

Jordan Sloan the 15-year-old sophomore and star football wide receiver at Pace Academy, survived a severe head injury due to a hit to the back of his helmet and collapsed. After the incident, Jordan had to be airlifted to Scottish Rite Children’s s Hospital where a CT scan of the head revealed severe bleeding in the brain stem requiring immediate surgery. Jordan has made remarkable improvements and, Dr. Matthews expects a full recovery.

Dr. Matthews began to see and treat Jordan as an outside consultant at the hospital for the first time on his twelfth day in the Hospital and started him on a high-dose vitamin D3 therapy. After which Jordan began to gradually improve over the next 4 ½ weeks of his hundred days in the hospital. After being released from the hospital, Jordan would spend another 65 days in rehabilitation at Shepherd Rehab Center where he relearned to walk, communicate, and began to lift weights.

On March 9, 2021, Jordan was discharged home with outpatient rehab. He communicates using his computer. Currently, he is waiting to have his trach tube removed. The use of Vitamin D3 was indeed “God’s miracle vitamin” to Jasmine and Jordan, and she has her son back from what was considered a one hundred percent (100%) unsurvivable injury.

Per Jasmine Jamieson on his GoFundMe page, “On September 25, 2020, our lives changed forever when Jordan suffered an unimaginable tragedy playing the sport he loves most. In the days, weeks, and even months following the accident we did not know first if Jordan might ever wake up, or if he’d ever been able to breathe on his own or move any part of his body, and beyond that, we didn’t know if he’d be the same Jordan we knew if he did.”

Jordan’s survival is truly a miracle; however, Jordan still has a long road ahead throughout this recovery process. Fundraiser for Jasmine Jamieson by Susan Chana: Support Jordan Sloan’s Recovery https://www.gofundme.com/f/supportjordansloan