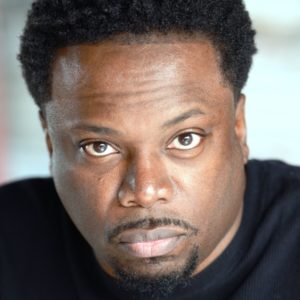 The following article is the first of a four-part series spotlighting Atlanta’s rich social scene, prior to the meteoric success of hip-hop and other mediums, including the rise of Tyler Perry as an international movie mogul. The series targets Atlanta’s social scene circa 1960 thru 1990. Enjoy and be educated about a wonderful era, way before Atlanta became the “ATL”. Veteran music writer Timothy Cox offers his personal insight about a unique period in our city’s rich music history.

But it was the Monday sessions at Living Room Lounge which remains legendary. With SOS Band’s tenor saxophonist Sultan Muhammad and vocalist Al Ridge at the helm, the jam sessions attracted the premier vocalists and musicians in the region. Temptations’ drummer/singer Ali “Ollie” Woodson was a regular performer, while vocalist Al Ridge, was the session’s headliner. SOS trumpeter-vocalist Abdul Ra’oof was another frequent performer at the Monday sessions. “Definitely the place to be, and it attracted all the fine people of the city – real folks who understood one another, no pretentious attitudes at the Living Room. Dad (owner) wouldn’t stand for it,” said Ra’oof.

Sunday night jam sessions were also held on Piedmont Road at the Café 290. Sunday nights continues to be a popular night for attracting jazz-flavored talent, according to guitarist Reggie Ward. “The Café still has that old-school vibe to it,” he adds.

Atlanta’s social scene attracted a variety of socialites, athletes and other notables

After gaining her credentials to work in the airline industry from the Wilma Boyd Travel School in Pittsburgh, Beaver Falls (Pa.) native Clarice Carter Williamson, 60, now of Lithonia, packed her bags and caught a flight from “The Burgh” to live with an aunt in Stone Mountain. “When I first arrived, me and the girls would go to Marko’s and V’s on Campbellton Road,” she said. “That was the early ‘80s,” she said. “We really had some great times”. Though she’s now has five grandchildren, Williamson and a couple of girlfriends still manage to hit a spot or two “every blue moon,” she said. She named “Gigolo’s on Gresham Road, Sudo’s in Ellinwood (Fairview Road) and the Whiskey Mistress, downtown, as three current locations with the old-school flavor. 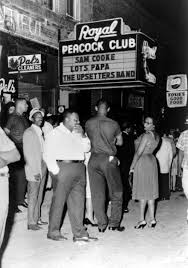 Ken Broughton, 64, is another native Atlantan who quickly draws up comparisons between today’s club scene and the vibe from yesteryear.

“There’s no comparison. It’s definitely a much different scene than from back in the day,” said the Stone Mountain native.

Coming from a large family of gospel musicians, Broughton said his reputation as a devout gospel man equaled his family’s reputation as committed party folks. “We threw apartment parties and hotel parties – moreso than the club scene. We (The Broughton Boys) established a strong reputation for good parties at apartment complexes in College Park, Westside – you name it. We did it right. But we also did our fair share of clubbing too,” he added, while his longtime wife, Shirley Radney Broughton, listened to some of his exploits. “That was way before me,” she smiled.

Broughton said he and the boys were consistent patrons of the Blue Dolphin, Mr. V’s Figure 8, Cocacabanna, Cisco’s, Ellerie’s and the American Legion, an after-hours joint that closed at 6 a.m. – all on Cambellton Road. San Soucie on West Peachtree Street, was another attraction, he said. “Back then, you had mostly all live bands – and you had to dress the part. They looked good – so we had to be clean too.

We mostly wore suits,” he recalled. “Funny thing about us club-hoppers back then – you typically ran into the same people, wherever you went. But that was okay – it was like we all got along, like one big happy family,” said Broughton who’s now a grandfather and a deacon at his family church, Fairfield Baptist Church in Stone Mountain. “Very little drama in those days. It was more about guys dancing

with, and meeting the ladies – and vice-versa. It was all about ‘good times’ – just like the song and the TV show,” he added.

What helped make Atlanta the place to be in the 1970s?

Darryl Dunn of Pittsburgh, recalls several visits to relatives in Decatur when he was a young man. “I recall them taking me to the Royal Peacock on Auburn Avenue in 1965 to see Jackie Wilson. The memory of that performance is engrained in my mind forever,” said the retired bandleader, deejay and black music historian.

Dunn, 74, considers the 1973 election of Maynard Jackson as the city’s first black mayor, as very pivotal in the evolution and social-image development of Atlanta. Also, when the city approved the Oct. 26, 1970 return fight of then-dispelled boxer Muhammad Ali with Jerry Quarry, that was another significant event that propelled Atlanta’s image as an international player, especially for black social life, he said. “These events helped dispel the notion that Atlanta was just a slow, Southern town. It boosted its image as a big-city player nationally, especially in the music industry. And in 1996, who was invited back to light the Olympic Torch? Muhammad Ali again!” Dunn was a regular participant of Atlanta’s Jack “The Rapper” Music conventions, and fondly recalls the summer 1984 keynote address of Nation of Islam leader Louis Farrakhan. He also credits the annual Bronner Brothers hair-care conventions as major contributors to the city’s rising societal status.

The ‘80s evolution and revolution into a recording industry player

Evolution of the Atlanta social scene occurred when Cameo and Larry Blackmon arrived from Brooklyn and formed Atlanta Artists Records around 1983. It was also around this same time when a popular funk band from Aliquippa, Pa. called Rare Experience, relocated to the South – seeking their pop-band fortunes. Though the group’s total success fell short, two members have remained in Atlanta as producers and Music Directors, namely Reggie “Wizard” Jones and his cousin, Allen “Grip” Smith – both keydboardists. They found individual and united success producing groups with LaFace and So So Def Records. Jones was recently the MD (music director) for Justin Bieber, a role he also employed with Usher. Smith has MD ties with Keith Sweat and members of Jermaine Dupri’s musical collective in addition to artists like Silk, Escape, Goodie Mob, Da Brat and 112.

Jones and Smith both credit native-son bands like Brick and SOS Band for including them in the scene, even though they were newcomers to Atlanta. “Our connections to both of those groups are still vital to our success, even now,” says Jones. “They showed us mad love,” Jones added.

Guitarist Freddie Campbell, 62, of Orlando, Fla., worked with several bands after relocating to Atlanta in 1993. Gigs at Club 20 Grand with TC Jason Bryant and Smooth Wave, are memorable,” he said. “But you have to credit SOS and Brick, because they are the pioneers of Atlanta’s RnB music scene. When SOS released “Take Your Time,” in 1980, it became a national anthem way before LaFace and Bobby Brown settled in. And Brick was hot back in ‘77, so it was them and SOS who set the bar really high,” said Campbell who lived in Ellinwood, Ga. after leaving Aliquippa, Pa.

‘Freaknik’ is an era that won’t be forgotten

Regardless of your current age, whether you’re a Gen-Xer, a milliennial or an old-school-boomer, the era of Freaknik will always be a phenomenal event for black Atlanta.

With origins harkening from HBCU students of the metro Washington, DC, Maryland and Virginia area, Freaknik initially started in 1983 as a Greek-oriented gathering of black college sororities and fraternities. Within ten years, the annual springtime ritual morphed into an affair that attracted as many as 350,000 young blacks to metro Atlanta, and ultimately gained a stigma of lewdness, looting, sexual assault, some violence with scantily clad girls dancing in cars along Peachtree Street. Mark Oliphant, 53, was a Morehouse College sophomore in 1989.

“If you ask my fellow AU Center colleagues from the late ‘80s early’ 90s era what was the best-ever Freaknik, bar none (without incident, police involvement etc.) they would all agree that Freaknik ‘89 at Washington Park in SW Atlanta (The SWATS) was the most fun ever. Oliphant is now a vocalist, actor and PR consultant in South Fulton, Ga.

Oliphant names the following clubs as crowd-favorites during that era: Phoenix Dance Club, Fat Tuesdays, Frozen Paradise and Diamonds and Pearls (two clubs next to one another – also owned by Fred Tokars).