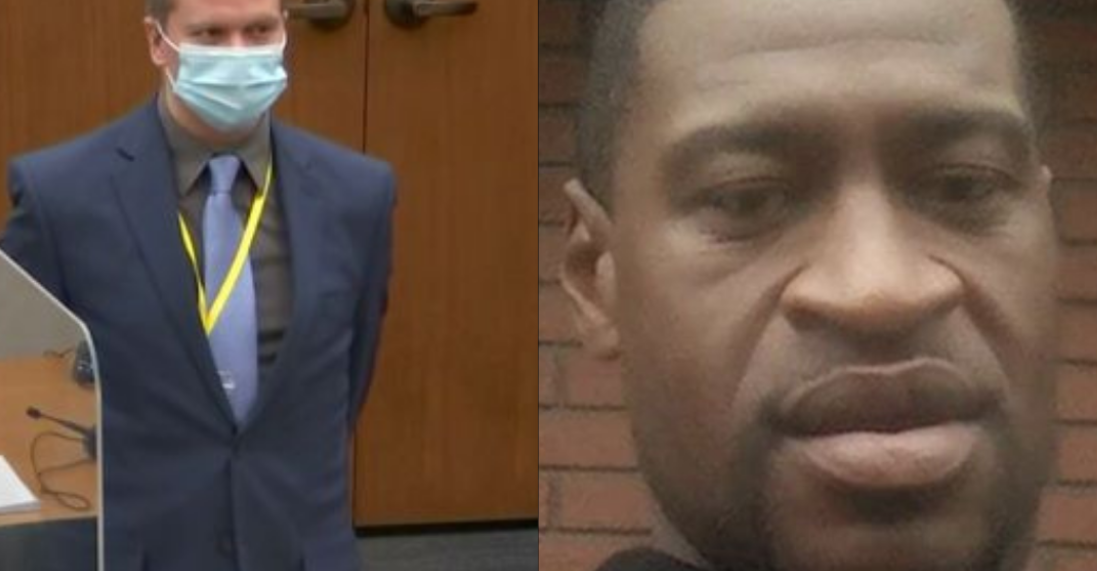 On trial for the murder of George Floyd, Derek Chauvin remained a coward to the end and invoked his Fifth Amendment right and chose not to testify. Legal analyst Laura Coates said on CNN that “It’s not all that shocking to think that he would not want to open himself up to the prosecution,” A lot of things can come in when you take the stand, including your past prior bad acts, any allegations and misconduct that the judge has cleared. And, of course, you risk the very, you know, foreseeable aspect of it that you cannot defend your actions. And all you leave to the jury is this impression of you as somebody who has committed this crime.”  She also stated that the defense does not have the burden of proof. “He never had the burden to prove his innocence. It always remained with the prosecution.

The prosecution called their witness, Pulmonologist Dr. Martin Tobin to rebut the defense’s witness, Dr. David Fowler. Dr. Fowler testified that George Floyd died due to cardiac arrest amplified by Floyd’s heart disease. During his testimony, Dr. Fowler also claimed that fentanyl, methamphetamine, and carbon monoxide exposure contributed to George Floyd’s death. Dr. Fowler is a forensic pathologist and former chief medical examiner in Maryland. He believes George Floyd’s death should be classified as “undetermined.” George Floyd’s death was ruled a homicide by the Hennepin County Examiner. The examiner repeated Floyd’s cause of death in court. The prosecution asked the judge if they could present new evidence and test results regarding carbon monoxide levels in George Floyd’s blood.

Judge Peter Cahill allowed the prosecution to call Dr. Tobin back to the stand to rebut the testimony by Dr. Fowler. Still, he cautioned the prosecution that any mention of the test results would result in a mistrial.  During Dr. Tobin’s testimony, he said Floyd’s oxygen levels were at 98% at the time of his death.

“Prosecution: Does that tell us anything whatsoever about what the carbon monoxide content could have been at a maximum?”

Dr. Fowler previously testified that Floyd’s carbon monoxide levels could have increased up to 15%, an assessment that Tobin said was “simply wrong.”  Following questions by the defense, the prosecution and defense rested their cases. The trial resumes Monday morning with closing arguments before the jury deliberates.  The jury is now sequestered.

Derek Chauvin is charged with second-degree unintentional murder, third-degree murder, and second-degree manslaughter. Chauvin killed George Floyd by placing his knee on Floyd’s neck for over 9 minutes while Floyd said, “I can’t breathe.”  George Floyd’s murder sparked months of protests around the world.