The demolition phase of Phipps Plaza’s redevelopment project is now complete and the first phase of construction to reimagine the center is officially underway.

Crucial components of the demolition phase included razing the former Belk building and removing a three-level parking deck. As part of Simon Property Group’s sustainable redevelopment planning, the flattened 18,000 tons of concrete and 200 tons of asphalt from the former parking deck will be repurposed and used for other projects. In addition, the new Class A office building, One Phipps Plaza, is being carefully constructed to meet LEED certification.

By late summer, a tower crane will be erected to develop a new 800-space, five-level parking deck. By fall, construction of the reimagined 156,000-square-foot lifestyle space begins. This component of the project will also include a lavish greenspace for outdoor events. In addition, the Phipps Boulevard parking entrance leading into Phipps Tower is slated to reopen by end of summer. The center will remain open throughout the process to avoid disruption of its attraction to customers as a choice destination to shop, dine and play. 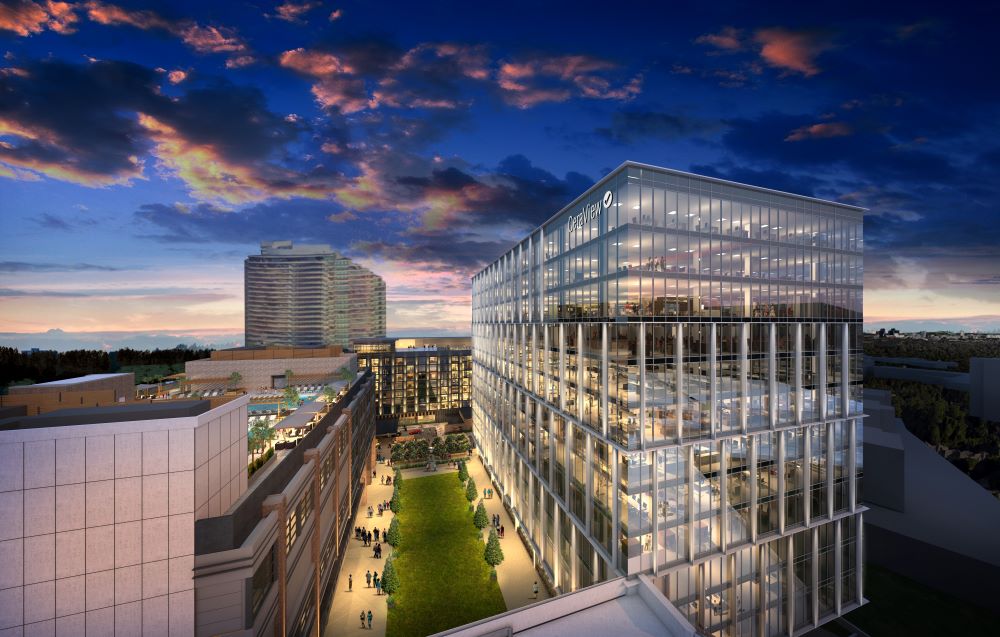 “The Phipps Plaza redevelopment reinforces Simon’s strong commitment to Atlanta,” said Eric Howard, general manager for Phipps Plaza. “There are high expectations of our design and construction teams, as this project highlights the industry’s latest innovations and best thinking, fashioned right here in Buckhead. Following overwhelming excitement and feedback from the community, we look forward to the foundation of this impressive project taking shape.”

The new complex will be headlined by the arrival of Nobu Hotel and Restaurant Atlanta, along with a 90,000-square-foot Life Time® healthy living and entertainment destination. Luxury lifestyle brand Nobu Hotels will blend its hotel and restaurant into one unique experience, including 150 rooms, a striking rooftop pool, a spa and corporate conference space. Life Time club will offer the ultimate in-studio yoga and cycle classes; small group and personal training; a full-service LifeSpa; a fast-casual LifeCafe; a Life Time Kids Academy; and a lavish rooftop pool, beach club and bistro. One Phipps Plaza, the new office component, will provide modern, efficient office space inspired by the mixed-use destination.

In recent years, Simon has dramatically expanded the dining options at Phipps Plaza including the recently opened Agency Socialthèque, Grand Lux Cafe and Ecco Buckhead — in addition to adding a residential component to the property. The AC Hotel Atlanta Buckhead at Phipps Plaza also offers 166 guest rooms and suites to accommodate visitors to the Buckhead community. In addition, upscale boutiques continue to flock to the center, which has always served as the city’s luxury shopping hub. Most recently, Saint Laurent and Valentino opened at Phipps Plaza, and Tom Ford is slated to open an iconic 4,500 square-foot boutique featuring women’s and men’s ready-to-wear fashion by the holiday season.