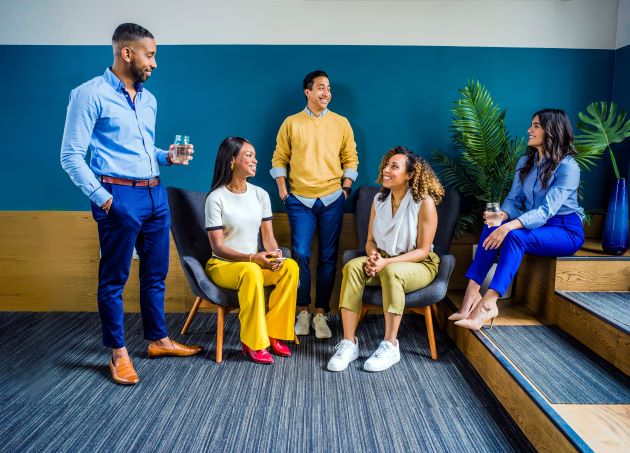 Today, the Democratic National Committee and state Democratic parties in Arizona, Florida, Georgia, Michigan, North Carolina, Pennsylvania and Wisconsin, in partnership with 270 Strategies and The Collective, will launch Organizing Corps 2020, a program to recruit and train students expecting to graduate by June 2020 and place them as field organizers in key states.

Organizing Corps 2020 will help build the grassroots infrastructure needed to defeat Donald Trump, while investing in the next generation of Democratic leaders — focusing on students from communities of color who have been traditionally underrepresented among political campaign staff.

With a structured college-to-career pipeline for organizing, Organizing Corps 2020 will recruit juniors in the spring of 2019 from local colleges, including HBCUs, in a number of states where Democrats fell short in 2016 and need to be competitive in the 2020 general election. These students will work on state party priorities in an eight-week, on-the-ground training program with campaign veterans, who will teach them critical organizing and campaign skills such as voter registration, data analysis, and digital organizing. After the training program, Corps members will return to their campuses and communities to put their organizing skills to work. By May 2020, nearly 1,000 Corps members will graduate ready to help elect the Democratic nominee and Democrats up and down the ticket in several key 2020 states.

“We know that the key to defeating Donald Trump in 2020 is to organize early and put the best team in place to motivate Democratic voters to make their voices heard,” said DNC Chair Tom Perez. “Organizing Corps 2020 will build a powerful pipeline of young talent — energized Democrats who reflect the diversity of their communities. This new organizing program will help us recruit organizers who will become our future leaders and grow the party, win more elections up and down the ticket, and build the organizing infrastructure our nominee will need to take back the Oval Office.”

“The pace of the primaries typically leaves no time for training or skill building in preparation for the general election campaign,” said Meg Ansara, CEO of 270 Strategies and a veteran of the presidential campaigns of both Hillary Clinton and Barack Obama. “The Organizing Corps 2020 program will give us a skill advantage in online and on-the-ground organizing, data and voter engagement by training homegrown field organizers well ahead of the general election in must-win states.”

“It’s critical that young people of color are engaged as not only a core Democratic voting bloc but as pivotal organizers needed to mobilize their communities to the polls in 2020,” said Stefanie Brown James, Co-Founder of The Collective and former National African American Vote Director for Barack Obama’s 2012 re-election campaign. “Through a culturally rich curriculum and relevant training from respected community leaders, Organizing Corps 2020 will help propel the young people in the program to make a significant contribution to the Democrats’ success in 2020 while preparing them to hold increasing positions of influence as campaign staffers and within the Democratic Party structure.”

The Organizing Corps 2020 program is only one piece of DNC’s battleground plan, but a key part of the infrastructure the DNC and state parties have been developing to support the presidential nominee and Democratic campaigns all across the country. The program builds on state party organizing and DNC investments in all 50 states that led to historic Democratic victories in the midterm elections. Just last week, the DNC announced a data and tech overhaul that will help Democrats reach and communicate better with voters all across this country.