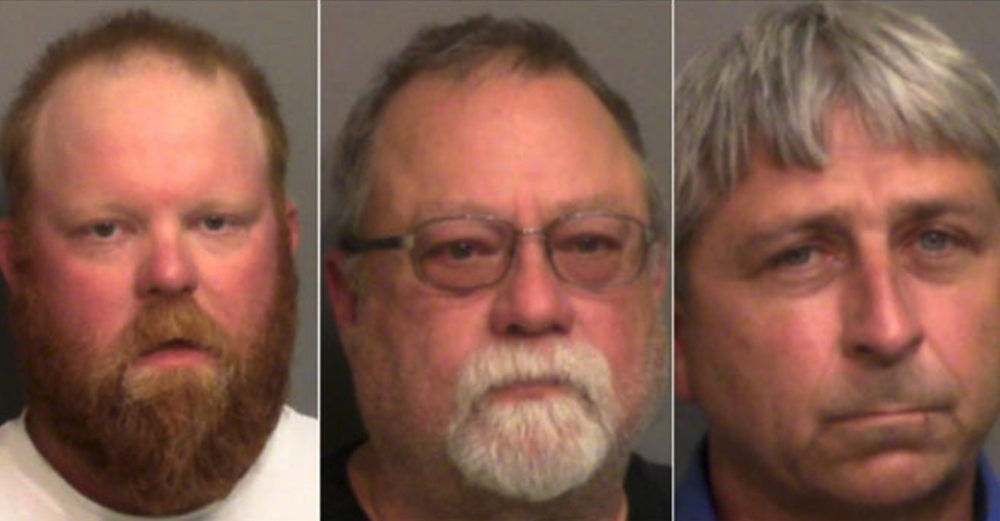 As Ahmaud Arbery jogged on a public street in the Satilla Shores neighborhood of Brunswick, Georgia, Travis and Gregory McMichael armed themselves with firearms.

The men got into a truck and chased the young African American man through the neighborhood while yelling at him, using their vehicle to cut off his route, and threatening him with firearms, the U.S. Justice Department said in a statement on Wednesday, April 28.

Having already been indicted on a series of state charges that include felony murder and aggravated assault, the men now face a host of federal crimes.

Each were hit with one count of interference with Arbery’s right to use a public street because of his race and one count of attempted kidnapping.
The McMichael duo also faces one count each of using, carrying, and brandishing a weapon.

Authorities identified Travis McMichael as the individual who shot Arbery.

William “Roddie” Bryan Jr., the man who recorded the shooting death of Arbery, faces charges that he struck the 25-year-old with his pickup truck during the February 23, 2020, encounter.

Bryan also faces charges of interference with rights and attempted kidnapping.
Each has pleaded not guilty.

“In addition to the hate-crime charges, Count Three alleges that all three defendants attempted to unlawfully seize and confine Arbery by chasing after him in their trucks in an attempt to restrain him, restrict his free movement, corral and detain him against his will, and prevent his escape,” the DOJ said in a news release detailing the charges.