From Royal Krunk to Afrobeat and Jazz, ELEVATE Art Festival presents Music for your Soul 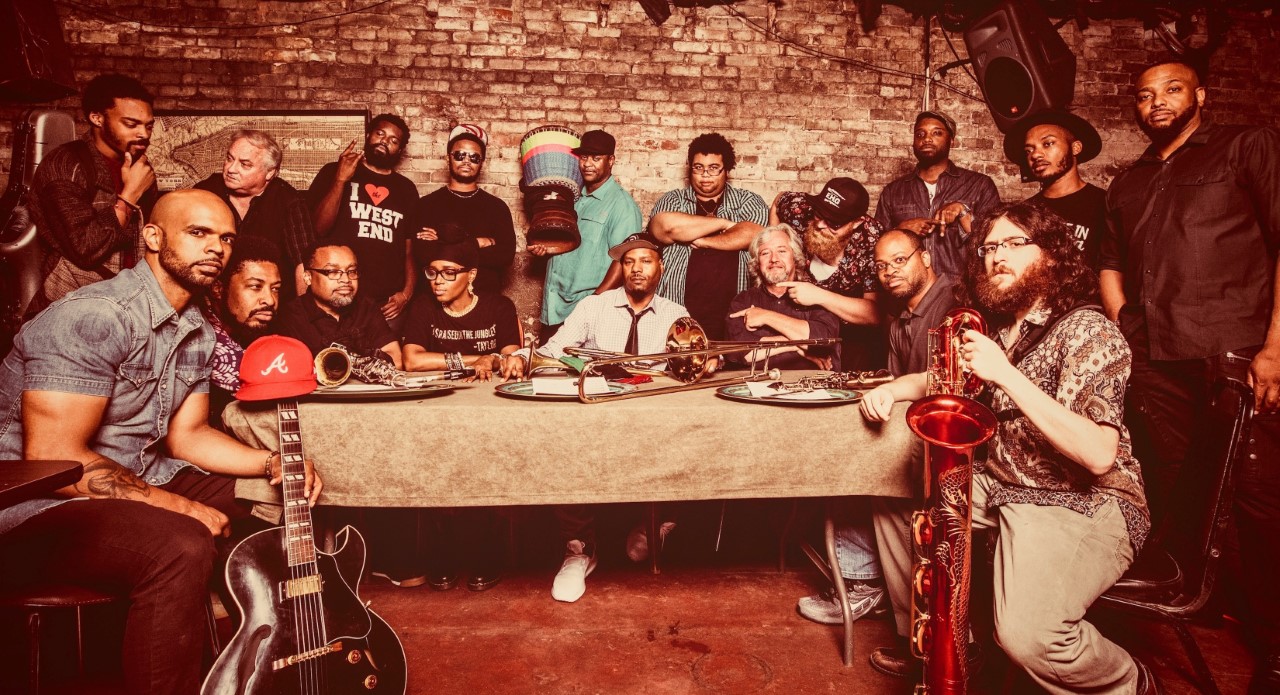 From Royal Krunk to Afrobeat and Jazz, ELEVATE Art Festival presents Music for your Soul

This year’s ELEVATE Art Festival examines arts and culture through the lens of our changed reality due to the COVID-19 pandemic. We have experienced racial unrest, economic recession, isolation due to social distancing, and a divisive political climate. Our festival theme is Equity, Activism, Engagement, and through our programs we seek to provide hope, inspiration, and food for your soul. Join us for this year’s free virtual programs from Sunday, October 4 through Saturday, October 10. We’ll be streaming live via Facebook, YouTube and our website. Check elevateatlart.com for details. Below is the music lineup.

12:00 pm – In Response to the Moment, a Curated Soundtrack. DJ Salah Anase created a soundtrack for ELEVATE that responds to this moment in time. By blending his signature rare grooves, house music, and electronic Afrobeat with the voices of movements for equality, both past and present, Anase delivers a soundtrack that helps us reflect and vibrate higher.

Russell Gunn is one of the most prolific musicians of our time. Gunn has produced two GRAMMY-nominated recordings, Ethnomusicology volumes 1 and 2. His latest album with RKJO, Pyramids, is dedicated to the ancient African pyramid builders.

12:00 pm – Les Nubians: Nü Revolution (music video). Since 1998, Les Nubians has attracted a global fanbase with its blend of African music, hip-hop and jazz. They have also been outspoken advocates of equity and anti-oppression. In response to recent uprisings around the globe, Helene and Celia Faussart remixed their 2011 Nü Revolution video. The words are timeless, but the new images of protest, frustration, hope, and love take viewers on a different journey.

7:30 pm – Toshi Reagon and Mark Anthony Neal in Conversation. Join us for a discussion about the music of movements, their impact, and how (or whether) contemporary artists are taking up the mantle of providing hope and inspiration for today’s movement.

Described by Vibe magazine as “one helluva rock’n’roller-coaster ride,” Toshi Reagon is a one-woman powerhouse. The singer-songwriter-guitarist has moved audiences with her hold-nothing-back approach to rock, blues, R&B, country, folk, spirituals, and funk. She has shared stages with Lenny Kravitz, Nona Hendryx, Elvis Costello, Ani DiFranco, Pete Seeger, Me’shell NdegéOcello and Marc Anthony Thompson (aka Chocolate Genius). Her performances with her mother, Bernice Johnson Reagon, civil rights activist and founder of the a cappella group Sweet Honey in the Rock, are legendary.

Freedom Mixtape. Atlanta musicians explored Freedom songs and why they have been instrumental in moving people through struggle. For ELEVATE they chose to perform songs by Max Roach and Abbey Lincoln, Nina Simone, Bob Marley, The Last Poets, and Gil Scott Heron, plus tunes by newcomers Keedron Bryant, D-Smoke and Little Baby. Join us as Julie Dexter, Ali Barr and Brandon Thomas lead us through the first set. Henry Conerway, Tony Hightower, Kenny Banks, Jr. and Kevin Smith walk us through set number two. We reach our destination with the two groups collaborating.

5:00 pm – Gritz & Jelly Butter. After one listen to the explosive Atlanta-based band, Gritz & Jelly Butter, you will become a believer in the “Gritz Revolution” … the musical revolution that is. The trio of musicians and vocalists perform the perfect blend of old and new songs, while mixing in Gritz & Jelly Butter’s originals, to pave the way for a new brand of soul/funk music.

6:30 pm – Encore performance of Russell Gunn and The Royal Krunk Jazz Orkestra “Live at the Rialto”

The City of Atlanta – Mayor’s Office of Cultural Affairs’ vision is to enhance the quality of life through arts and culture, and to contribute positively to the social and economic health of Atlanta and the region. Their mission is to promote rich, diverse, and educational cultural experiences; nurture artists and arts organizations; preserve and protect the city’s cultural heritage; and expand Atlanta’s international reputation. ELEVATE is a program of the City of Atlanta – Mayor’s Office of Cultural Affairs. For more information about ELEVATE, please visit the website: elevateatlart.com. MEDIA: There are images to go with this release in Dropbox: http://bit.ly/ELEVATE-ATL-2020. For more details, or to set up interviews, contact Karen Hatchett at Hatchett PR, karen@hatchettp

The post From Royal Krunk to Afrobeat and Jazz, ELEVATE Art Festival presents Music for your Soul appeared first on Atlanta Daily World.