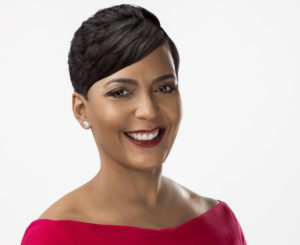 Mayor Keisha Lance Bottoms Announces Historic Expansion of 10,000 Streetlights as Part of “One Atlanta—Light Up the Night” Crime and Traffic Crash Prevention Initiative

Mayor Keisha Lance Bottoms announced the “One Atlanta—Light Up the Night” initiative to increase the City’s streetlight footprint by 10,000 lights—with focus on areas with high rates of traffic crashes and crime.

“Streetlights are proven to help prevent both crime and traffic crashes. The addition of thousands of lights on our streets will continue our priority to keep our communities safe,” said Mayor Bottoms. “This is not only an investment in Atlanta’s infrastructure—this is an investment in public safety.”

The plan follows a six-month streetlight inventory and assessment to conducted by the City of Atlanta’s Department of Transportation (ATLDOT) and a team of industrial engineering students at the Georgia Institute of Technology (Georgia Tech). As part of the inventory, the team has evaluated the City’s existing streetlight footprint and identified where additional streetlights are most needed based on crime rates, crash rates and existing lighting coverage.

The joint team estimates that crime could decrease as much as 20 percent in neighborhoods targeted through streetlight intervention.

“’One Atlanta—Light Up the Night’ will position Atlanta as a national leader in delivering innovative, high-impact solutions to protect our communities,” said ATLDOT Commissioner Josh Rowan.

While streets in every corner of the city will receive additional lighting as part of this initiative, the study revealed a historic underinvestment in streetlights in the Southwest Atlanta. In keeping with Mayor Bottoms’ vision for an equitable One Atlanta, this initiative seeks to redress that disparity.

This inventory and expansion align with the Mayor’s “One Atlanta Strategic Transportation Plan” and “Vision Zero” initiatives implemented during the course of her first term in office. The City seeks to improve street lighting throughout Atlanta within the “World Class Employees, Infrastructure, and Services” pillar of the strategic plan. The improved visibility supports the city’s Vision Zero efforts to eliminate serious traffic crashes and deaths on Atlanta streets.