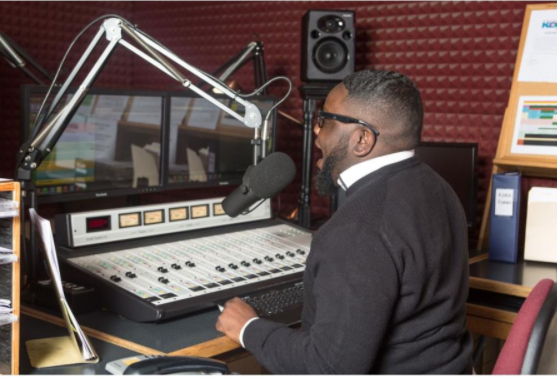 A YOUNG MILLENNIAL – PASTOR CEJAY – IS

THAT CAN BE FELT AND HEARD NATIONALLY

With the explosive growth of digital streaming, the rise of social media and other online distractions, many have pronounced terrestrial radio dead. However, KOKA 980 AM – The Heart of Gospel – Shreveport, Louisiana’s first African American radio station, with a history dating back to the 1950s – is very much alive. The station – which had been in decline for some years – has been robustly resuscitated by its proactive 31-year-old program director, Charles “Pastor CeJay” Johnson. In the midst of a national pandemic and civil rights unrest, Johnson has taken stands and made decisions that have renewed the station’s relationship with the local community and made it a leader in the gospel music industry nationally.

Johnson assumed his position in August of 2019 – a few months after the death of KOKA’s longtime program director, Eddie Giles, an R&B singer-turned pastor, who had been with the station for over 46 years. Aside from rebranding the station, Johnson overhauled the playlist to attract a younger audience while retaining its longtime listenership. “The station had no social media presence at all,” he admits. “This station had been written off – we didn’t have a relationship with the community anymore, no relationship with the major gospel labels and we worked very quickly to repair those problems.”

Under Johnson’s management, KOKA ratings are up and it’s become a reporting station for Billboard Magazine’s Gospel Airplay chart panel. It has revived its relationships with the gospel industry too. Fred Hammond recently drove from his home in Dallas to spend time with KOKA staff and to thank them for their support of his No. 1 hit, “Alright.” Even Kirk Franklin recently did a Facebook Live with the station to promote his latest No. 1 radio hit, “Just for Me.”

“This is not just a gospel station,” Johnson says. “It’s a community station” The station partnered with a law firm to pay for and to distribute thousands of face masks to slow the spread of the coronavirus. During the winter, they give away coats and food baskets to the needy. Civic leaders call upon him for advice and he led the June 7th Unity march through Shreveport in light of George Floyd’s murder in Minneapolis. “There was so much tension and bitterness, many people had been scarred from the past. There were people protesting in our streets,” he says. “We had the mayor. We had the district attorney. We had the school superintendent. We had the chief of police. We had church congregations – black and white – who all took to the street.”

Taking to the streets is not the role Johnson envisioned for himself during his youth. He planned to become a schoolteacher, earning degrees from multiple schools, including East Texas Baptist University. He’s currently working on a doctorate from the United Theological Seminary in Dayton, OH. Along the way, Johnson’s passion for education evolved into a call to ministry. Initially, he held down a full-time job at a call center while pastoring. It was only when he sought a radio show to expand his ministry that broadcasting entered the picture. “I never had an interest in radio,” he says. However, he took a job at Alpha Media radio in 2010 as an advertising rep. Over the years, he’s earned millions of dollars for the cluster of six Shreveport radio stations.

At the company, Johnson was mentored by R&B programmer, Quinn Echols, who gave him a half-hour Sunday morning program, “Pastor CeJay’s 30 Minute Praise Break,” on KBTT – 103.7 The Beat. The show kept growing in popularity, eventually expanding to five hours. When KOKA’s longtime music director died last year, Alpha Media staffers thought that with his sales experience and pastoral history, that he’d be the perfect person to carry the station into a new era. For Johnson, it’s not simply about creating a better music playlist, but also about bringing harmony to the community. “One of the things we have tried to do is become leaders who affect change versus leaders who just complain about where we are,” he says. “When I was growing up there was a saying old folks would say, `Don’t talk the talk, if you can’t walk the walk.’ We have tried to position ourselves to not only talk, but most importantly to walk.”