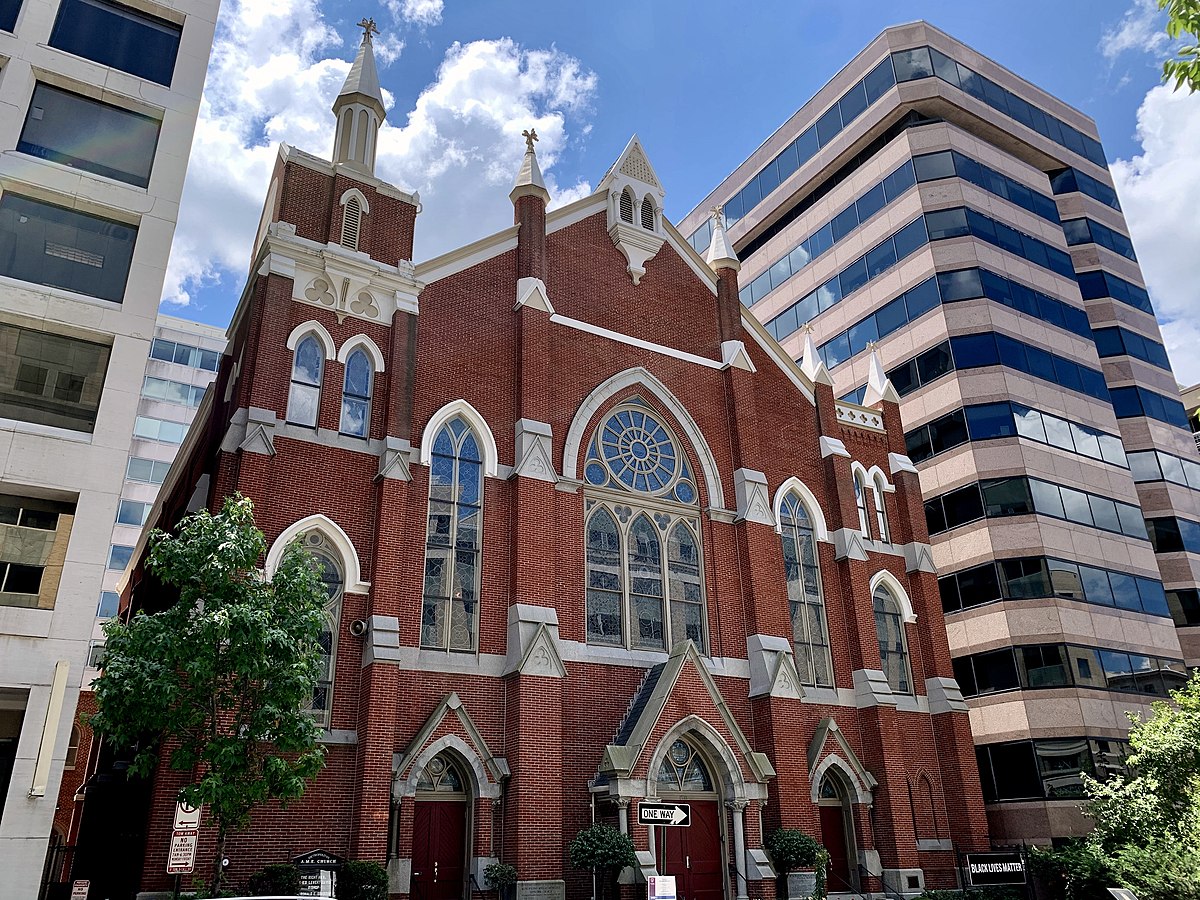 Members of the Proud Boys, a violent all-male group with ties to white nationalism, attacked and vandalized property of the Metropolitan African Methodist Episcopal Church, a historic Black church, on December 12, 2020, because of its congregants’ support for the Black Lives Matter movement. A lawsuit filed today in D.C. Superior court seeks to hold the Proud Boys, its leadership, and certain of its members accountable.

“White supremacists like the Proud Boys, would rather see the country burn than to see it united together under justice and freedom for all,” said Kristen Clarke, president and executive director of the Lawyers’ Committee for Civil Rights Under Law. “Black churches and other religious institutions have a long and ugly history of being targeted by white supremacists in racist and violent attacks meant to intimidate and create fear. Our lawsuit aims to hold those who engage in such action accountable. We are proud to represent Metropolitan A.M.E. which has a long history of standing against bigotry and hate and whose courage and determination to fight back is a beacon of hope for the community.”

The defendants include Proud Boys International, LLC; Enrique Tarrio, the chairman of the Proud Boys, who conspired with other Proud Boys members to plan, promote and participate in violent events throughout the summer and fall of 2020, including on December 12; and the unidentified individual Proud Boys members who joined in Tarrio’s conspiracy by attacking Metropolitan African Methodist Episcopal Church and rampaging through downtown Washington D.C. on December 12.

“In 1807, members of Bethel African Methodist Episcopal Church of Philadelphia ratified the African Supplement, a document which declared their independence from the white supremacist Methodist Church, said Rev. William H. Lamar IV is the pastor of the Metropolitan African Methodist Episcopal Church. “Today, 214 years later, we stand upon our ancestor’s firm foundation. White supremacists will not dictate the terms of our worship, theology, or our strident commitment to the liberation of humankind from violence, oppression, and exploitation. Our ancestors were victorious against the white supremacists who sought to instill fear in them and to control them. On January 1, 1816, the Pennsylvania Supreme Court declared Bethel African Methodist Episcopal Church an independent entity and our denomination was born. We, the descendants of these extraordinary women and men of God, will not allow white supremacist violence to go unchecked by the laws of the land. On January 4, 2021, I declare that we will be victorious against these white supremacists because God is with us, Jesus Christ is on our side, and our ancestors surround us. We are on the side of justice and justice will prevail.”

Metropolitan African Methodist Episcopal Church, like other nearby churches showing support for the Black Lives Matter movement, suffered from the defendants’ coordinated acts of violence when Proud Boys members climbed over a fence surrounding the church, came on to church property, tore down and destroyed a large Black Lives Matter sign the church was proudly displaying in what constituted clear acts of trespass, theft, and destruction of property.

“The Black Lives Matter movement is demanding the end of the denial in law and in practice of the humanity and dignity of Black people. The destruction of the sign proclaiming that Black Lives Matter at the Metropolitan AME Church and elsewhere throughout the City was an assault on the very notion of equity and justice.” Jonathan M. Smith, executive director, Washington Lawyers’ Committee for Civil Rights and Urban Affairs.

The Proud Boys’ presence on December 12 and at previous attacks —and the acts of violence they incited—were no accident. For several months, Defendants have planned and carefully coordinated their efforts, both on the internet and in person. They exhorted each other with inflammatory language: “buy ammo [and] clean your guns” and “[t]onight we don’t sleep … Tonight we keep our enemies awake. Tonight, we become nightmares.”