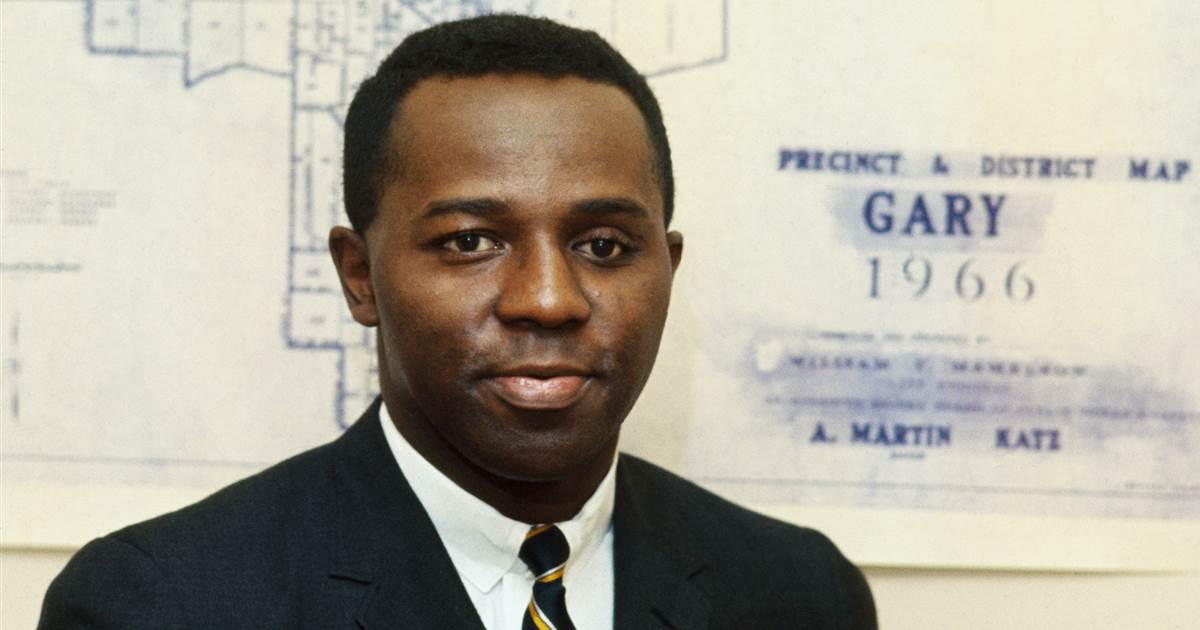 Legendary Gary, Indiana Mayor Richard Hatcher, one of the first African American mayors of a large U.S. city, who during two decades of leading Gary, Indiana, fought tirelessly to stave off encrooaching poverty and blight while championing the nation’s cities and blacks generally, died Friday night at Mercy Hospital and Medical Center in Chicago. He was 86.

In the late 1960s, Hatcher and Cleveland Mayor Carl Stokes were the first black men in the nation’s history elected to lead in cities with a population of over 100,000.

Hatcher died at 9:20 p.m. at Mercy Hospital in Chicago, according to his daughter, Indiana State Rep. Ragen Hatcher of Gary. 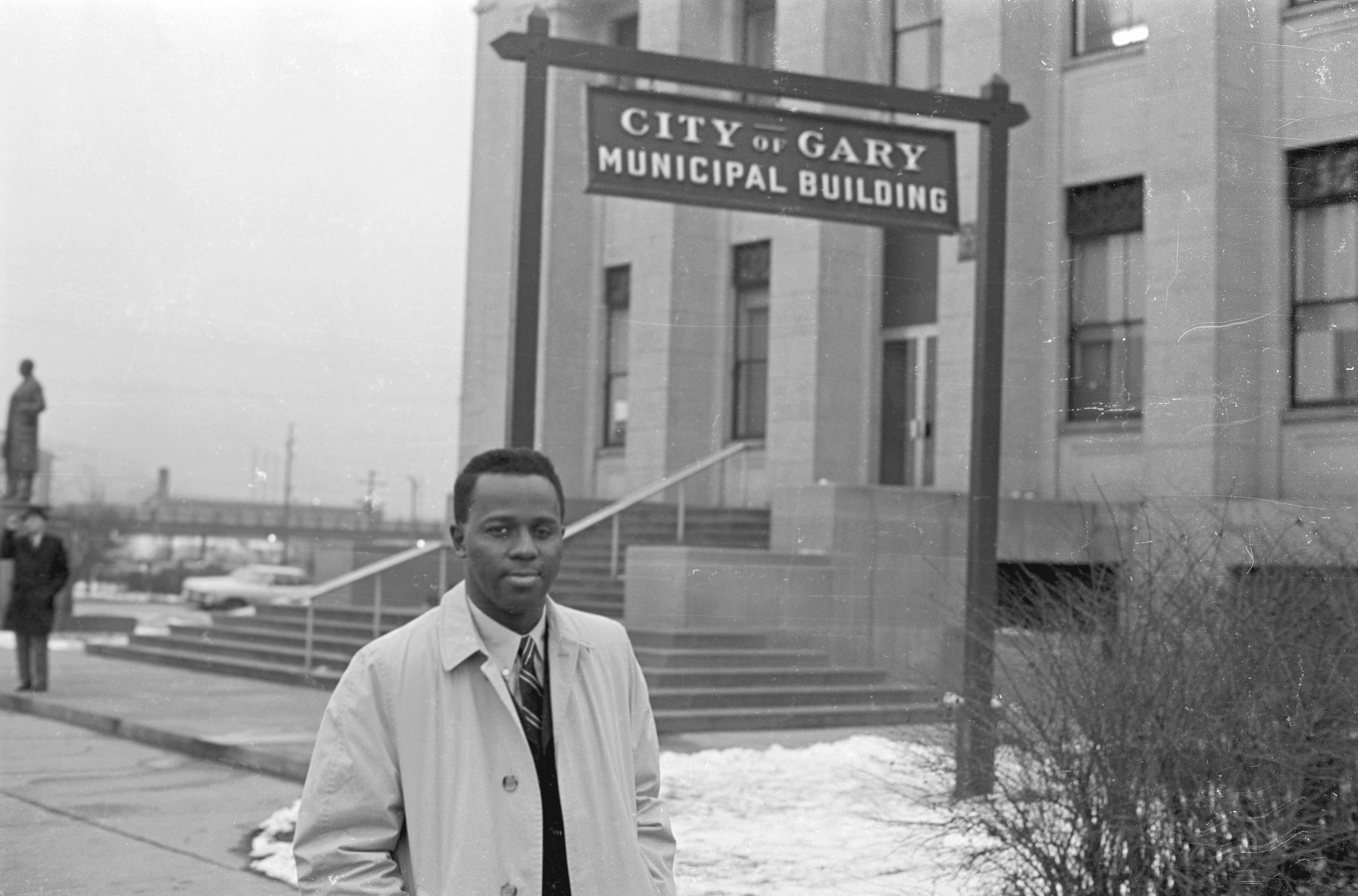 (Original Caption) Mayor Richard Gordon Hatcher of Gary, Indiana, stands in front of the city’s Municipal Building recently. Hatcher, elected by an eyelash last November, appears to have more people—black and white–on his side after some five weeks in office than he did on election night when the National Guard stood outside the city limits ready to move in for riot duty.

“In the last days of his life, he was surrounded by his family and loved ones,” the Hatcher family said in a statement.

“While deeply saddened by his passing, his family is very proud of the life he lived, including his many contributions to the cause of racial and economic justice and the more than 20 years of service he devoted to the city of Gary.”

“Mayor Hatcher will be mourned but remembered by the people of the city of Gary who were inspired by his leadership, his ability to bring about positive change and to never give up despite the challenges presented to him.”

In a statement, current Gary Mayor Karen Freeman-Wilson said: “Our entire community mourns the loss of a great man and we will be forever touched by his selfless service to this city. I am humbled to be a recipient of his wisdom and guidance and will always be grateful for his influence on my life.” 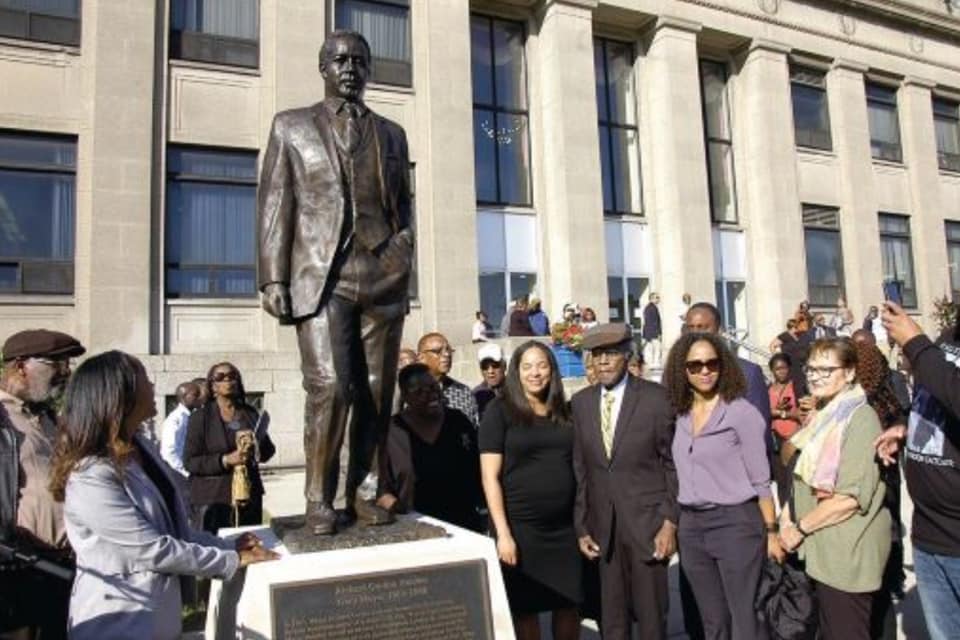 Statue of Richard Hatcher was unveiled in October.

The city of Gary unveiled a statue of Hatcher this past October outside Gary City Hall.

Elected in November 1967, Hatcher first took office in 1968 and served as mayor of the City of Gary for 20 years.

While Hatcher couldn’t stop Gary’s decline, which was occurring in manufacturing due to the decline of the steel industry, he secured hundreds of millions of dollars of federal money to build low-cost housing and the first public housing units in the city in nearly two decades. He also got federal funds to pay for jobs training, repaved deteriorating streets and put many inner-city neighborhoods on regular garbage collection for the first time.

Hatcher, an attorney with a law practice in East Chicago, was also a player on the national political scene, running the presidential campaign for Rev. Jesse Jackson in 1984. He served as vice chairman of the Democratic National Committee from 1981 to 1985.

“Hatcher changed the course of our political river,” Jackson said in a statement.  “American politics has never been the same since Dick Hatcher began this journey. The two most critical factors in our political advancement were Selma, Alabama and Gary, Indiana.”

Mayor Hatcher served as advisor to Presidents Lyndon B. Johnson and Jimmy Carter on civil rights and urban policy and convened the 1972 National Black Political Convention in Gary.

“Ten thousands people attended including the most diverse group of blacks gathered for that political convention,” Jackson said. “The urban political progress to reconstruction grew out of that convention.  People convened who did not know each other; but left there forever bonded.”

He married his wife, Ruthellyn, in 1976. They raised their three daughters, Ragen, Rachelle and Renee, in the city he loved.