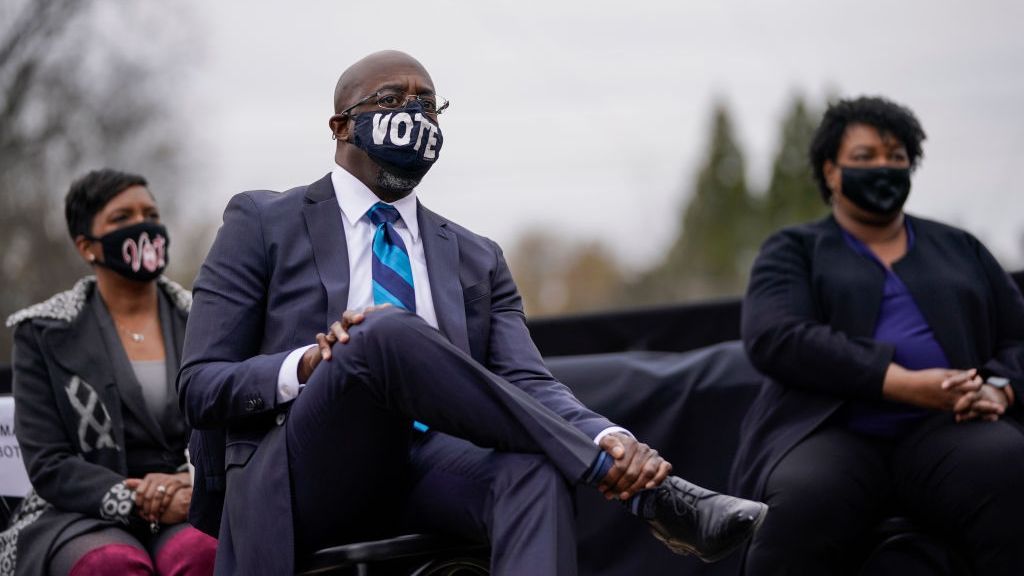 When Georgia surprised many by choosing both Democratic Party candidates in the dual run-off elections for its two Senate seats on Jan. 5, many of the 500 pastors of the state’s African Methodist Episcopal Church thought their years of organizing had paid off.

Coming two months after Georgia was carried by now-President Joseph R. Biden Jr in the presidential election — making then-President Donald J. Trump the first Republican to lose the state since the country’s last one-term president, George H.W. Bush, in 1992 — it seemed to many that a new golden era of Democratic ascendency in Washington, D.C., was beckoning.

With black voters playing such a pivotal role in the Democrats taking back control of the White House, Senate and House, a long laundry list of legislative change now seemed feasible.

From federal voting rights protections — to counter attempts by some Republican-run states to change voting laws — to the George Floyd Justice in Policing Act, and even the decades-long goal of statehood for predominately black Washington, D.C., nothing seemed off limits.

Six months on, though, a new reality has set in, as Biden and congressional Democrats have struggled to make much headway on any of those goals — or even articulate a plan of action.

For many who worked so hard for the 2020 victories, it’s been a disheartening start.

“My hope has always been that we would put all of our best efforts forward in the elections process — by registering people to vote, by turning out the vote — and our hope is for some justice and fairness to be achieved [through that process],” Rev. Gerald Durley, interim Pastor of the historic West Hunter Street Baptist Church in Atlanta, told Zenger News.

“My hope was by this time, with a 50-50 [split] in the Senate with [Vice President] Kamala Harris breaking the tie, that some form of equity would be done. That was just my hope.”

With staunch Republican opposition to the Democrats’ legislative agenda, and Democratic Party moderates like Sen. Joe Manchin (D-W.Va) and Sen. Kyrsten L. Sinema (D-Ariz.) standing in the way of colleagues altering the GOP’s filibuster powers in the Senate, the Democrats have appeared hamstrung, unable so far to convert slim majorities into legislative change.

Rev. William Lamar, who for years preached in Georgia but is now at the Metropolitan AME church in Washington, D.C., told Zenger he had hosted a group of pastors from Georgia who made the trip to the capital last week hoping to see some major legislative bills make headway.

The group, Rev. Lamar said, were hopeful a bill such as S-1, a voting rights protection act opposed by the Republican Party but put forward by the Democrats as their main legislative priority, might nevertheless make some movement through the Senate. With Republicans threatening the filibuster — which presently requires 10 GOP senators to join with the slim Democratic majority to pass anything — the act stalled; instead, the Republicans joined the Democrats to unanimously pass a bill making June 19’s “Juneteenth” celebrations a federal holiday.

Amid the GOP’s opposition to any of the Democrats’ substantive legislative proposals — and the Democrats’ so far ineffective response — it was hard to interpret the unanimous support of the Republicans in the Senate as anything other than a cop-out, the reverend said.

“If anyone has any allusion about the American imperial project after yesterday in the Senate, they have taken leave of sanity,” he said after the Senate declined to consider the S-1 bill but passed the Juneteenth holiday. “They believe that giving us political and economic trinkets will keep us quiet, but we must ask the questions of who we are and what we want to be.”

“It is time for us to be the church of Nat Turner and Harriet Tubman,” he added, referring to abolitionists who eschewed “moderation” for subversion and rebellion in fighting for freedom.

Yet for others, the recent Senate roadblocks are just the latest in a long line of hurdles that can ultimately be overcome.

Speaking at the African American Civil War Memorial in Washington, D.C., on Juneteenth, Rep. Al Green (D-Texas) noted that achieving change has always been hard — but ultimately worth it.

“President Abraham Lincoln knew that the Emancipation Proclamation would not be enough — that is why he had to get the 13th Amendment passed,” Rep. Green said, noting that Lincoln had, in the end, even been assassinated before the passage of the slavery-abolishing amendment.

Even that was not the end of the story, he added.

Bishop Reginald Jackson, the prelate for the 6th Episcopal District of Georgia in the African Methodist Episcopal Church, said that in the absence of effective political power, he is turning to the strategies of Dr. Martin Luther King and other civil rights leaders from last century.

Though political change may not always be immediately possible, keeping up the fight to ensure things do not go backward, and that change may be possible tomorrow, is just as important.

“The Black Church again has to provide leadership, because voter suppression not only affects people of color,” Jackson said, arguing that today’s fight was something much bigger. “It affects democracy, especially when you look at what they are trying to do in Georgia.”

Yet that means some important fights will — not for the first time — be postponed.

On June 22, the Senate Homeland Security and Governmental Affairs Committee heard Washington, D.C. Mayor Muriel Bowser argue for a bill to make her city the 51st state — a move opposed by the GOP, which fears giving their opponents two more senators in perpetuity.

“There is no legal or constitutional barrier to DC statehood; the prevailing constitutional issue is the civil rights violation of 700,000 DC residents who fulfill all obligations of U.S. citizenship, but are denied any representation in this body,” Bowser said. She noted that the states of Wyoming and Vermont have smaller populations than the District and each get two senators.

“I can say unequivocally that the bill before you today, S-51, the Washington D.C. Admission Act, is constitutional,” the mayor argued before the Senate, largely in vain. “Dozens of America’s most recognized constitutional experts had testified before Congress and penned letters to that effect.”

Wielding the Senate filibuster — and with Sens. Manchin and Sinema holding steadfast in their refusal to amend it — Senate Republicans, comfortable in their minority position in Congress, still barely need to bother to muster an argument against the long-sought Democratic goal.

“Any individual that moves to Washington, D.C., understands that Washington, D.C. is unique,” Sen. James Lankford (D-Okla.) said, denying that any District residents were disenfranchised.

Yet until such a time as the Democrats can win enough votes to break the 60-vote filibuster in the Senate, the reality of the situation is unlikely to change.

For Rev. Durley of the West Hunter Street Baptist Church in Atlanta, that’s the challenge at hand.

“Am I disappointed? Yes. Am I frustrated? Yes!” he said.

(Edited by Alex Willemyns and Matthew B. Hall)