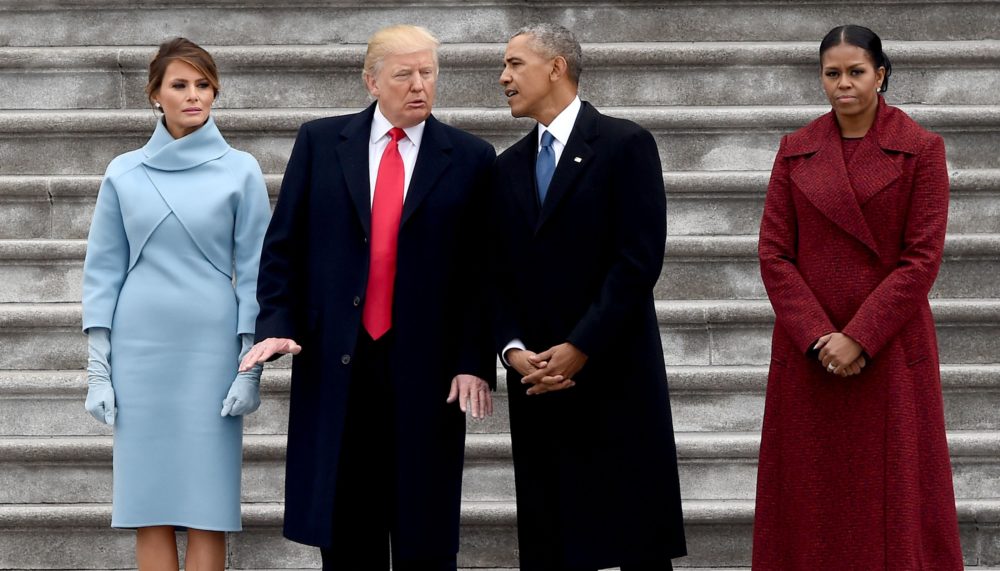 In the wake of the countless times Donald Trump, determined in his particularly paranoid manner – that he surpassed predecessor Barack Obama, i.e. better inauguration, better ball, larger crowd, we haven’t heard a peep or a tweet regarding his far less gracious handing over the keys to the house.

Trump’s awful exit this morning from the White House broke protocol, as he didn’t welcome the new occupant, president-elect Joe Biden and Dr. Jill Biden, he didn’t neither greeted the Bidens or accompanied his predecessor in the motorcade for the transition of administrations.

Trump did however leave a note on the Oval Office desk for new President Joe Biden, as Barack Obama did for him.

Congratulations on a remarkable run. Millions have placed their hopes in you, and all of us, regardless of party, should hope for expanded prosperity and security during your tenure.

This is a unique office, without a clear blueprint for success, so I don’t know that any advice from me will be particularly helpful. Still, let me offer a few reflections from the past 8 years.

First, we’ve both been blessed, in different ways, with great good fortune. Not everyone is so lucky. It’s up to us to do everything we can (to) build more ladders of success for every child and family that’s willing to work hard.

Second, American leadership in this world really is indispensable. It’s up to us, through action and example, to sustain the international order that’s expanded steadily since the end of the Cold War, and upon which our own wealth and safety depend.

Third, we are just temporary occupants of this office. That makes us guardians of those democratic institutions and traditions – like rule of law, separation of powers, equal protection and civil liberties – that our forebears fought and bled for. Regardless of the push and pull of daily politics, it’s up to us to leave those instruments of our democracy at least as strong as we found them.

And finally, take time, in the rush of events and responsibilities, for friends and family. They’ll get you through the inevitable rough patches.

Michelle and I wish you and Melania the very best as you embark on this great adventure, and know that we stand ready to help in any ways which we can.

Did Donald Trump leave as gracious a parting note for Joe Biden, the 46th president.