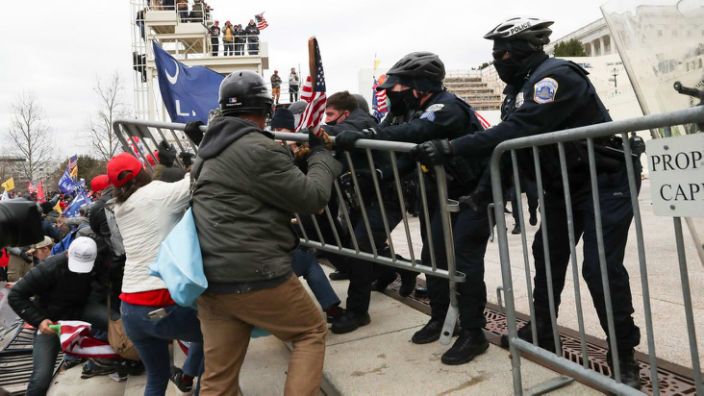 Donald Trump supporters and Proud Boys he advised to standby have breached the U.S. Capitol causing chaos and a cease to the electoral college certification of the Joe Biden – Kamalah Harris presidential win.

Following a Republican stunt prompted by Donald Trump and Trump loyalists to delay and disrupt the certification of the electoral votes to put Biden and Harris in office.

President-elect Joe Biden is pleading for protestors to respect the democratic process … “America is so much better than what we’ve seen today .. notwithstanding what I’ve seen in this God-awful display today.”

Protestors have breached the heart of the democracy, lobbing threats of violence against congressional leaders. Gunshots were reportedly heard outside of the Capitol Building as Trump fanatics and anarchists move to stop the certification proceedings, even sending bomb threats to Congressional leaders intent on certifying the Biden-Harris administration.

Capitol police are now requesting assistance from outside law enforcement agencies. Mayor Mural Bouncer has ordered a 6 p.m. curfew, while other officials escort members of Congress to safety.