What does Donald Trump’s impeachment mean for Blacks? 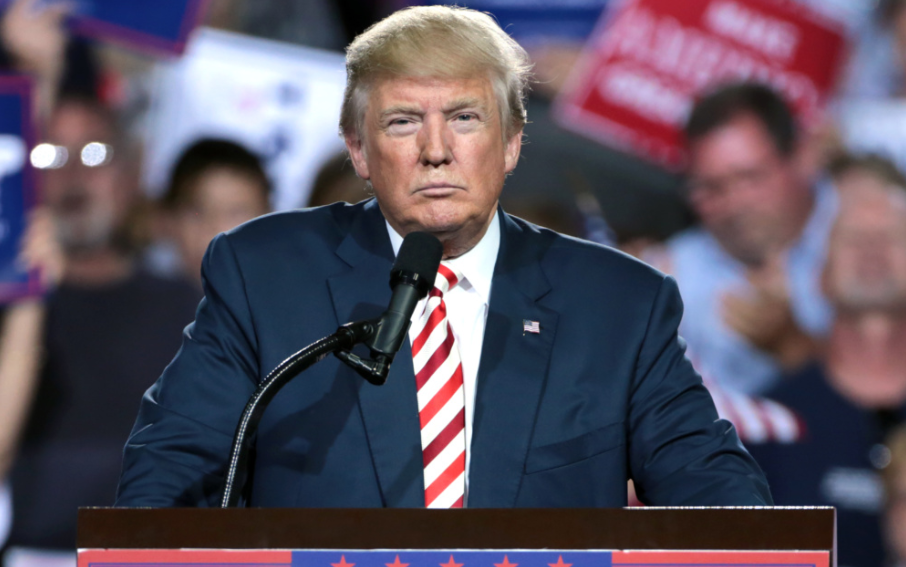 On Dec. 18, President Donald Trump was officially impeached by the House of Representatives, becoming only the third president in history to be so voted; he joins the ranks of Andrew Johnson and Bill Clinton. The vote to impeach Trump was along party lines: Article 1 which was Abuse of Power passed 230-197 and Article 2 which addressed Obstruction of Congress passed 229-198. He will now face trial in the Senate, and like the others, he is likely to remain in office.

Trump’s misconduct started from the moment he stepped foot into the Executive Residence in 2016. When Trump fired FBI director James Comey, it raised questions in America about how he got into the White House. Comey was fired during an investigation to see if Trump worked with the Russian Government to derail votes in the 2016 election.

Congresswoman Maxine Waters (D-CA) became one of the first elected officials to call for the impeachment of Donald Trump after Comey’s firing. “Donald Trump should follow his FBI Director out the door, #nocredibility,” is what Waters said on Twitter after the firing. Waters has never been fond of Trump’s presidency, which is why she, along with others have worked so hard to make this day happen. Other members of Congress have voiced their support for the impeachment of Trump. Congresswoman Rashida Tlaib, who represents Michigan’s 13th Congressional District, also supported the impeachment of Donald Trump. She voiced her thoughts while speaking to the House of Representatives.

“I rise today in support of impeachment. I learn so much every single day from my residents at home. Their common sense and understanding of what is right and wrong is centered on why they oppose any person using the most powerful position in the world for personal gain. We honor our veterans in this chamber almost on a daily basis, but do we ever follow their lead where we serve the people of the United States and uphold the Constitution not as Republicans or Democrats, but as Americans? We should learn from their sense of duty and responsibility to country and democracy, not a political party. Doing nothing here, Madame Speaker is not an option. This is about protecting the future of our nation and our democracy from corruption, abuse of power, criminal coverups, and bribery. And this, Madame Speaker, this vote is also for my sons and the future of so many generations. So, I urge my colleagues to please vote yes on these articles of impeachment. With that, Madame Speaker, I yield.”

What caused the calls for impeachment to a level that could no longer be ignored was when President Trump called Ukrainian President Volodymyr Zelensky seeking a corruption investigation against Democratic nominee Joe Biden, then a front-runner for the Democratic nomination.

From conducting the longest shutdown in government history in 2018, to slashing food stamps for millions of Americans, Trump hasn’t been beloved by all Americans. Additionally, constant attacks on beloved black leaders and communities such as Baltimore and Chicago have gained Trump little support within the African American community. Since taking office, Trump has attempted to court the black community by parading his relationship with Kanye West and most recently pushing for the release of rapper A$AP Rocky. He publicly feuded with nearly every black celebrity and activist ranging from John Legend and Colin Kaepernick to Barack Obama. Many believe Trump’s true feelings about blacks were on full display on the campaign trail where he ordered minorities to be thrown out of his rallies for protesting.

His disdain toward the black community goes back to the 70s, as he and his father, Fred Trump were sued by the federal government for refusing to rent housing units to African Americans. Also, employees at his company, Trump Management, made comments regarding blacks staying at properties that he was affiliated with. Trump himself even took out an $85,000 ad in all four major New York newspapers to demonize The Central Park Five (now called The Exonerated Five), which were five black and Latino boys accused of raping a white woman in Central Park. Seventeen years after their exoneration, Trump still held onto his position that they were responsible for the heinous act.

With the announcement of his impeachment, many black people will rejoice. We will flood social media and call our family members and friends to celebrate. But we must keep in mind that the likelihood that the Senate trial will force him out of office is slim. The only way to guarantee Trump is removed from office is to vote him out. Trump’s impeachment will not solve housing insecurities, high crime rates and food deserts that plague every major city in this country. His impeachment will also not be the end of black men and women being targeted unjustly by law enforcement.

So, what does this impeachment mean for blacks? It means that we must redouble our efforts to be heard: we must vote in our all elections, challenge our politicians on policies and encourage the passage of legislation that benefits our community. We must also rid our political system of Trump-like politicians who are waiting in line for the baton of political power. We saw the power of the black vote with the election of Barack Obama in 2008 and 2012 and the election of Keisha Lance Bottoms as Atlanta mayor in 2017. We have the power to change the course of history in 2020 by going to the polls and voting. Our vote matters, but if we don’t exercise that right on our own, we’ll always rely and depend on others to save us from personal and community purgatory.

The post What does Donald Trump’s impeachment mean for Blacks? appeared first on Atlanta Daily World.