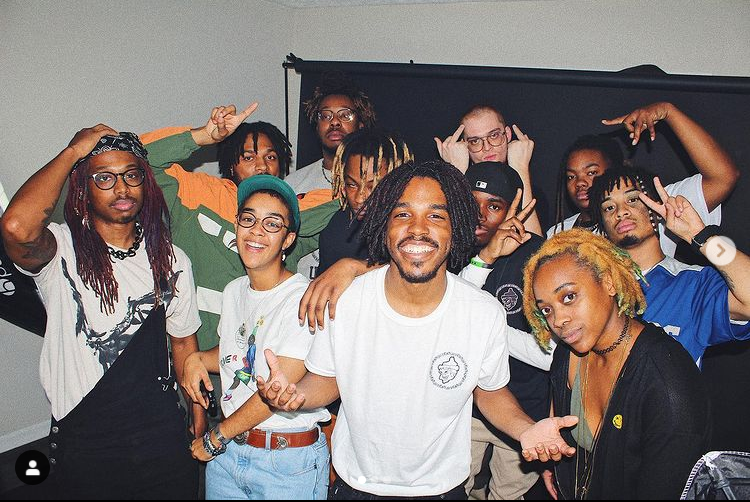 Strength in numbers seems like a belief that many artists have proven effective over the years. In successful collaboratives like Ugly N’ Atlanta individuals find and get their voices heard through a number of talented people surrounding them: the more feedback, the more help, the more results.

This past Sunday, seven of the 15 member Atlanta collective Ugly N’ Atlanta or UNA sat down with us on FaceTime. They talked about their position as one of the newest underground hip-hop groups active in their city and what comes next.

“What I want from hip-hop is for it to be about lessons again.” Says Vernon, artist and the group’s manager.

“I feel like I should add more gems in my music because a lot of people who get their foot in the door turn their back and don’t tell other people what they did or how they got there,” Rapper TRILLY! added.

The basis for this group seems to be about camaraderie, not just within but throughout. Coming from different sides of the city, each member represents a different outlook on how hip-hop exists within Atlanta and holds a specific connection with the people from their area.

UNA saw its beginnings in early 2020 when founder Lakewude attended one of the 808 Wave producer sessions. There, he met Rapper/producers: Sawyerjeorge, Lotus, and Amahd Anonimis. Sharing similar musical interests, he later invited them to join together under Ugly N’ Atlanta.

For the past year, UNA has been gathering at weekly studio sessions to record each other’s latest projects. Each member is assisting with the production, mixing, engineering, and features. By October, the group’s lineup grew to 10+ members, and sessions grew to become more competitive in deciding who’s recording what during their time together. They believe that this competitiveness can only raise the quality of their content.

The group is working off the momentum from their Trill Lifestyle event hosted by TRILLY! last week and plans to release an EP further in the spring.

Since their first show in December last year, following the reception from their debut single “Sentimental,” the group’s socially-distanced live shows have seen warm reception within the Atlanta scene. With more planned for the upcoming months, they look to set the tone for the reemergence of live performances within the city in hopes of COVID restrictions loosening later in the summer.